Getting Started with React VR

Getting Started with React VR 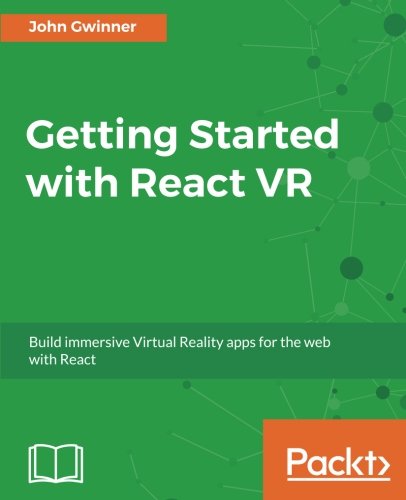 Getting Started with React VR Pdf

This book takes you on a journey to create intuitive and interactive Virtual Reality experiences by creating your first VR application using React VR 2.0.0.

It starts by getting you up to speed with Virtual Reality (VR) and React VR components.

It teaches you what Virtual Reality (VR) really is, why it works, how to describe 3D objects, the installation of Node.js (version 9.2.0) and WebVR browser. You will learn 3D polygon modeling, texturing, animating virtual objects and adding sound to your VR world. You will also discover ways to extend React VR with new features and native Three.js. You will learn how to include existing high-performance web code into your VR app. This book will also take you through upgrading and publishing your app.

By the end of this book, you'll have a deep knowledge of Virtual Reality and a full-fledged working VR app to add to your profile!

John Gwinner is a Chief Technology Officer with nearly 2 decades of experience in VR. He developed a VR interface for CompuServe during the last wave of VR. He helped develop VRML (Virtual Reality Markup Language) and Web3D with a focus toward PCs, and put early versions of XML on the web. He was a returning speaker at the Game Developer Convention on 3D toolkits, AI, and VR. He was an early Kickstarter of a new VR Headset in 2014. Now that VR is definitely taking off again, John is once again at the forefront, with Vontic - developing VR interfaces to data, architectural visualization, and a bowling game that pits you against garden gnomes. He is a most viewed writer on Virtual Worlds and Augmented Reality on Quora, answering questions about VR and its future direction.