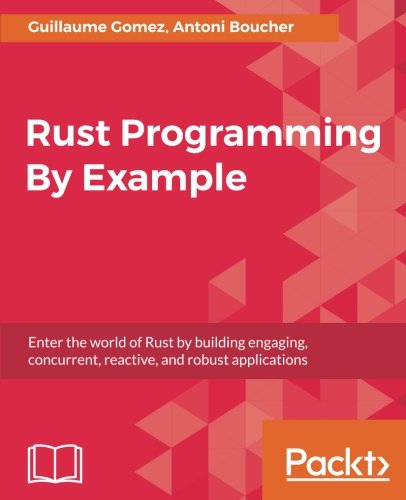 Discover the world of Rust programming through real-world examples

Rust is an open source, safe, concurrent, practical language created by Mozilla. It runs blazingly fast, prevents segfaults, and guarantees safety. This book gets you started with essential software development by guiding you through the different aspects of Rust programming. With this approach, you can bridge the gap between learning and implementing immediately.

Beginning with an introduction to Rust, you'll learn the basic aspects such as its syntax, data types, functions, generics, control flows, and more. After this, you'll jump straight into building your first project, a Tetris game. Next you'll build a graphical music player and work with fast, reliable networking software using Tokio, the scalable and productive asynchronous IO Rust library.

Over the course of this book, you'll explore various features of Rust Programming including its SDL features, event loop, File I/O, and the famous GTK+ widget toolkit. Through these projects, you'll see how well Rust performs in terms of concurrency-including parallelism, reliability, improved performance, generics, macros, and thread safety. We'll also cover some asynchronous and reactive programming aspects of Rust.

By the end of the book, you'll be comfortable building various real-world applications in Rust.

This book is for software developers interested in system level and application programming who are looking for a quick entry into using Rust and understanding the core features of the Rust Programming. It's assumed that you have a basic understanding of Java, C#, Ruby, Python, or JavaScript.