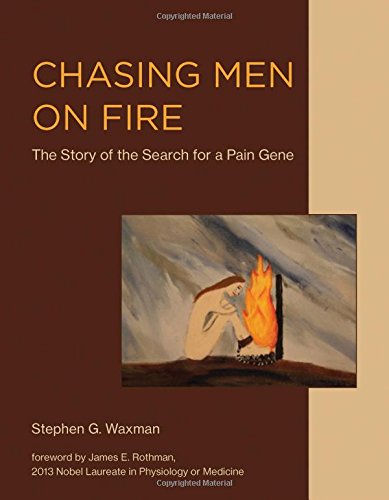 A thirty-year quest, from genes to pain-signaling neurons to people with a rare genetic disorder that makes them feel they are on fire.

Two soldiers, both with wounds injuring the same nerve, show very different responses: one is disabled by neuropathic pain, unable to touch the injured limb because even the lightest contact triggers excruciating discomfort; the other notices numbness but no pain at all. Could the difference lie in their genes? In this book, described in the foreword by Nobel Laureate James Rothman as "so well written that it reads like a detective novel," Stephen Waxman recounts the search for a gene that controls pain?a search spanning more than thirty years and three continents.

The story moves from genes to pain-signaling neurons that scream when they should be silent to people with a rare genetic disorder who feel they are on fire. Waxman explains that if pain-signaling neurons are injured by trauma or disease, they can become hyperactive and send pain signals to the brain even without external stimulus. Studying the hyperactive mutant pain gene in man on fire syndrome has pointed the way to molecules that produce pain more broadly within the general population, in the rest of us. Waxman's account of the many steps that led to discovery of the pain gene tells the story behind the science, of how science happens.