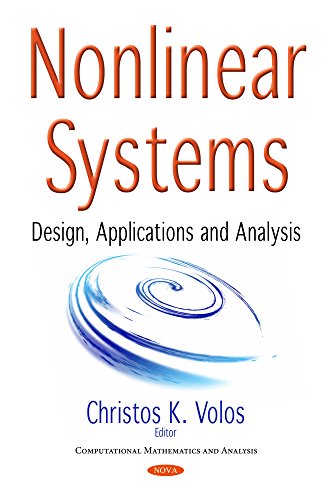 A nonlinear system is a set of nonlinear equations, which may be algebraic, ordinary differential, partial differential, fractional, integral or a combination of these. Especially, nowadays, the term "dynamical system" is used as a synonym of nonlinear systems where the nonlinear equations represent the evolution of a solution over time. So, the notion of dynamical systems arose following the name of equations governing the motion of a system of particles, even though the nonlinear system may have no application to mechanics. Also, from an engineering point of view a nonlinear system may be represented with a feedback loop in which the output of an element is not proportional to its input. Over the last few decades, nonlinear systems have been used to describe a great variety of phenomena, in social and life sciences as well as in physical sciences and engineering. The theory of nonlinear systems has applications to problems of population growth, economics, chemical reactions, celestial mechanics, physiology of nerves, onset of turbulence, regulation of heartbeats, electronic circuits, cryptography, secure communications and many others. This book aims to bridge the gap between the design/analysis and applications, which are the two research stages on the progress of nonlinear systems and also which open up some new directions of real applications, where chaos can be put up to technological use, including secure communication systems, electronic circuits' design, memristors and radar. This book can serve as an updated and handy reference for university professors, graduate students, laboratory researchers as well as physicists and applied mathematicians who are interested in studying the chaos and its applications through the field of nonlinear systems.