The Biology of Gastric Cancers 2009

The Biology of Gastric Cancers 2009 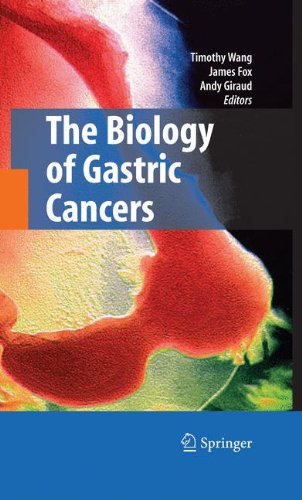 The Biology of Gastric Cancers 2009 Pdf

As someone who has spent nearly half his life wondering about the relationship between Helicobacter and gastric cancer, I find this textbook on the subject exciting and timely. In fact, I am not aware of any other volume that has been able to distil so much new knowledge into such a comprehensive account of a poorly understood field. Taking my own view, as a scientist placed in the middle of the spectrum between basic science and clinical medicine, I can see that the editors, Jim Fox, Andy Giraud, and Timothy Wang, provide a broad mix of expertise, which ensures that the subject is treated with the right balance. From clinicopathologic observations in humans, to epidemiology, through animal models, to molecular and cell biology, this team has hit the mark for most readers. Fox is a well-known leader in animal models with broad expertise. He pioneered the field with observations on Helicobacter species in animals, from the time when only one spiral gastric bac- rium was known, “Campylobacter pyloridis. ” Fox partners with Wang, whose team recently announced a dramatic advance in the field of carcinogenesis—the obser- tion that bone marrow–derived stem cells participate in the changes that become cancer. To this nice mix has been added Andy Giraud from my own country, who brings to the table some remarkable genetic models of gastric cancer based on alterations in the gp130/stat3-signaling pathway.