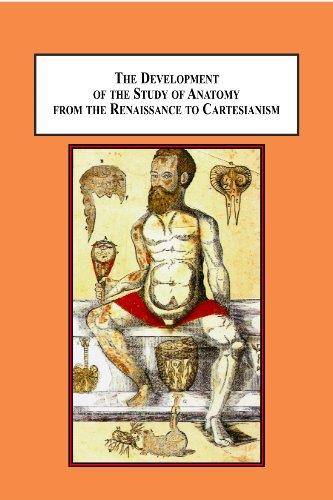 This book is the first to focus on the paradox of anatomical images from the Renaissance to the 18th century: the representation of skeletons and flayed figures in a state of animation, i. e. apparently endowed with life despite the logical impossibility of this being so. Scientific and aesthetic teleology went hand in hand, and both were involved in the conception of anatomical images, in which they merged with a symbolic teleology of a moral, eschatological, and erotic nature. During the Renaissance, anatomical theory, practice, and imagery followed the Aristotelian model for the study of the living - that of final causes. By achieving the model of anatomical illustration proposed in the treatises of Berengario da Carpi, the myological and osteological plates in Vesalius' Fabrica provide a remarkable representation of what can be described as teleological anatomy. The animation of flayed figures presented anatomy as a reflexive practice in which the subject was both a knowing subject and a subject of knowledge. Teleological anatomy became a moral practice - 'Know Thyself' - and established itself as a means of subjectivation. These animated discursive figures speak not only of anatomy and self-knowledge, but also of Eros and Thanatos; Renaissance teleological anatomy was steeped in symbolism. The revelation of a teleological anatomy makes it possible to identify and distinguish the emergence in the late seventeenth century of Cartesian anatomy, characterized chiefly by a disregard for life which gradually banished all symbolic connotations from the image, leading to the notion of the body as a disenchanted object of knowledge. With Cartesianism, the study of the living no longer involved that of life: the body became an organic machine to be investigated by philosophers and anatomists. Cartesian anatomy provided a means of objectivation, and Cartesianism had an identifiable impact on anatomical plates - beginning with Gerard de Lairesse's illustrations for Bidloo's "Anatomia humani corporis" (1685, Amsterdam). With these plates, scientific objectivity as we conceive of it today found a real place in the anatomical image. As de Lairesse despised the faithful imitation of nature, there is a perceptible gulf between his art and his anatomical illustrations: the body for the anatomist was no longer the body for the artist, and the illustrations required by the former were no longer useful to the latter.


Anatomy at a Glance
Dermatology Therapy