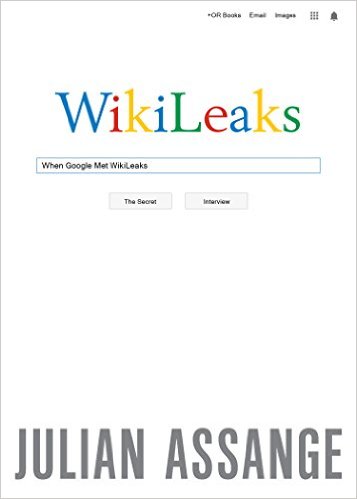 “A fascinating conversation with one of the most far-sighted thinkers in technology. Assange is consistently ahead of the curve.” -Edward Snowden”Assange has one of the sharpest technological brains there is; the Schmidt transcript demonstrates how much stronger his grasp of the web is than even Google’s executive chairman.” -Rosie Kinchen, The Sunday Times (London)In June 2011, Julian Assange received an unusual visitor: the chairman of Google, Eric Schmidt, arrived from America at Ellingham Hall, the country residence in Norfolk, England where Assange was living under house arrest.For several hours the besieged leader of the world’s most famous insurgent publishing organization and the billionaire head of the world’s largest information empire locked horns. The two men debated the political problems faced by society, and the technological solutions engendered by the global network-from the Arab Spring to Bitcoin. They outlined radically opposing perspectives: for Assange, the liberating power of the Internet is based on its freedom and statelessness. For Schmidt, emancipation is at one with US foreign policy objectives and is driven by connecting non-Western countries to American companies and markets. These differences embodied a tug-of-war over the Internet’s future that has only gathered force subsequently.When Google Met WikiLeaks presents the story of Assange and Schmidt’s encounter. Both fascinating and alarming, it contains an edited transcript of their conversation and extensive, new material, written by Assange specifically for this book, providing the best available summary of his vision for the future of the Internet.