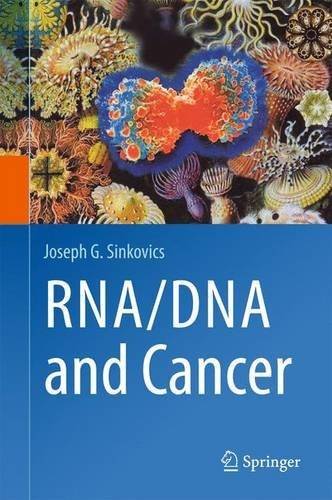 In this book, the author Joseph G. Sinkovics liberally shares his views on the cancer cell which he has been observing in vivo and in vitro, over a life time. Readers will learn how, as an inherent faculty of the RNA/DNA complex, the primordial cell survival pathways are endogenously reactivated in an amplified or constitutive manner in the multicellular host, and are either masquerading as self-elements or as placentas, to which the multicellular host is evolutionarily trained to extend full support. The host obliges.
The author explains that there is no such evidence that “malignantly transformed” human cells survive in nature. However, when cared for in the laboratory, these cells live and replicate as immortalized cultures. These cells retain their vitality upon storage in liquid nitrogen. One can only imagine an astrophysical environment in which such cells could survive; perhaps, first their seemingly humble exosomes would populate that environment. Immortal cell populations so created may survive as individuals, or may even re-organize themselves into multicellular colonies, as representatives of life for the duration of the Universe.

This thought-provoking book is the work of a disciplined investigator and clinician with an impeccable reputation, and he enters a territory that very few if any before him have approached from the same angles. It will appeal to researchers with an interest in cell survival pathways and those researching cancer cells.