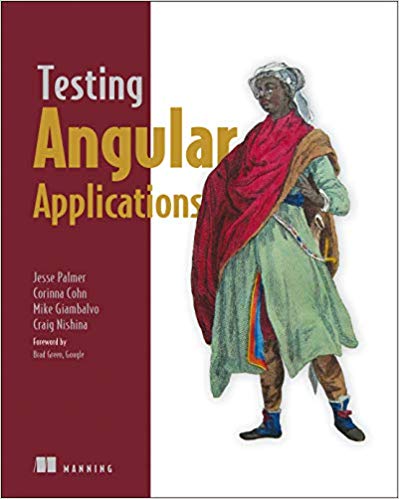 Testing is vital to the development process. It improves the quality of code and reduces maintenance, saving both time and money. But testing is sometimes neglected since there are few established resources and standards when it comes to testing modern Angular web applications.

Testing Angular Applications is an example-rich, hands-on guide that gives the real-world techniques needed to thoroughly test all parts of Angular applications. The book starts with an introduction to Angular , TypeScript, testing fundamentals, and the testing frameworks and tools used in the book. Next, it explains how to set-up an Angular environment, including TypeScript and the Angular dependencies. The reader will then create their first component. The second part of the book focuses on the most important concepts of Angular, such as testing components, directives, pipes, services, and routing. This book will allow readers to confidently write unit and end-to-end tests for Angular applications and TypeScript.