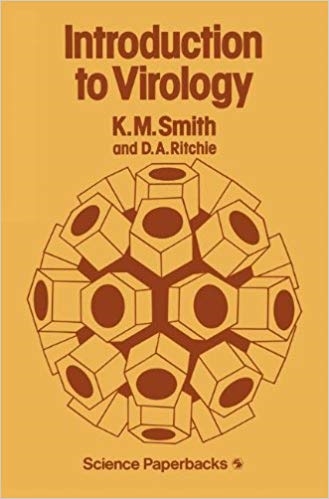 The study of viruses, or virology as it is now called, had its origin in 1892 when a Russian botanist, Iwanawsky, showed that sap from a tobacco plant with an infectious disease was still highly infectious after passage through a filter capable of retaining bacterial cells. From such humble beginnings the study of these 'filter-passing agents', or viruses, has developed into a separate science which rivals, if it does not excel, in importance the whole of bacteriology. The importance of viruses lies not only in the diseases they cause in every type of living organism, but also because of their intimate relationship with the living cell, in which alone they can reproduce. Their study has influenced the whole of biology by greatly increasing our knowledge of the gene, genetics, and molecular structure; there is also the possible connexion of viruses with human cancer, in view of the occurrence of many viral cancers in other animals. The book attempts to give a comprehensive but necessarily superficial survey of the subject as a whole and should help senior undergraduates and postgraduate students who wish to gain some knowledge of virology. Further information is available from the extensive bibliography.


Biochemistry for Sport and Exercise Metabolism
Essentials of Pediatric Neuroanesthesia