The CD4 Molecule: Roles in T Lymphocytes and in HIV Disease

The CD4 Molecule: Roles in T Lymphocytes and in HIV Disease 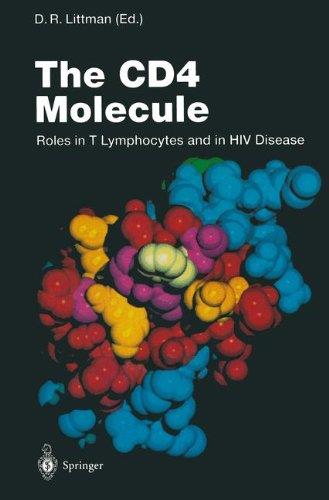 The CD4 Molecule: Roles in T Lymphocytes and in HIV Disease Pdf

During the late 1970's the application of hybridoma technology led to an explosion in the discovery and characterization of proteins expressed at the surface of hematopoietic cells. The understanding of T lymphocyte biology benefited enormously from this advance and from newly developed techniques for obtaining clonal T cells. Application of these methodologies resulted in the identification of the clonally restricted T cell antigen receptors (TCRs) and of a number of other molecules expressed more broadly on T cells. Among these, the CD4 and CD8 glycoproteins stood out because they were differentially expressed on distinct functional subsets of T lymphocytes. Moreover, blocking studies with monoclonal antibodies sug­ gested a functional role for CD4 and CD8 in T cell responses to antigen. Shortly thereafter, it was shown that T helper cells were the primary targets for the human immunodeficiency virus (HIV) and that CD4 serves as the viral receptor on these cells. These findings fueled an intense interest in CD4 during the last decade, in the hope that understanding the molecular nature of the HIV-CD4 interaction could hold the key to controlling AIDS.