Fire in the Valley

Fire in the Valley 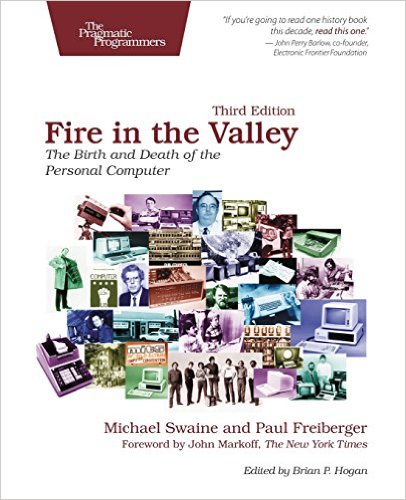 Fire in the Valley Pdf

The Birth and Death of the Personal Computer

In the 1970s, while their contemporaries were protesting the computer as a tool of dehumanization and oppression, a motley collection of college dropouts, hippies, and electronics fanatics were engaged in something much more subversive. Obsessed with the idea of getting computer power into their own hands, they launched from their garages a hobbyist movement that grew into an industry, and ultimately a social and technological revolution. What they did was invent the personal computer: not just a new device, but a watershed in the relationship between man and machine. This is their story.

Fire in the Valley is the definitive history of the personal computer, drawn from interviews with the people who made it happen, written by two veteran computer writers who were there from the start. Working at InfoWorld in the early 1980s, Swaine and Freiberger daily rubbed elbows with people like Steve Jobs and Bill Gates when they were creating the personal computer revolution.

A rich story of colorful individuals, Fire in the Valley profiles these unlikely revolutionaries and entrepreneurs, such as Ed Roberts of MITS, Lee Felsenstein at Processor Technology, and Jack Tramiel of Commodore, as well as Jobs and Gates in all the innocence of their formative years.

This completely revised and expanded third edition brings the story to its completion, chronicling the end of the personal computer revolution and the beginning of the post-PC era. It covers the departure from the stage of major players with the deaths of Steve Jobs and Douglas Engelbart and the retirements of Bill Gates and Steve Ballmer; the shift away from the PC to the cloud and portable devices; and what the end of the PC era means for issues such as personal freedom and power, and open source vs. proprietary software.