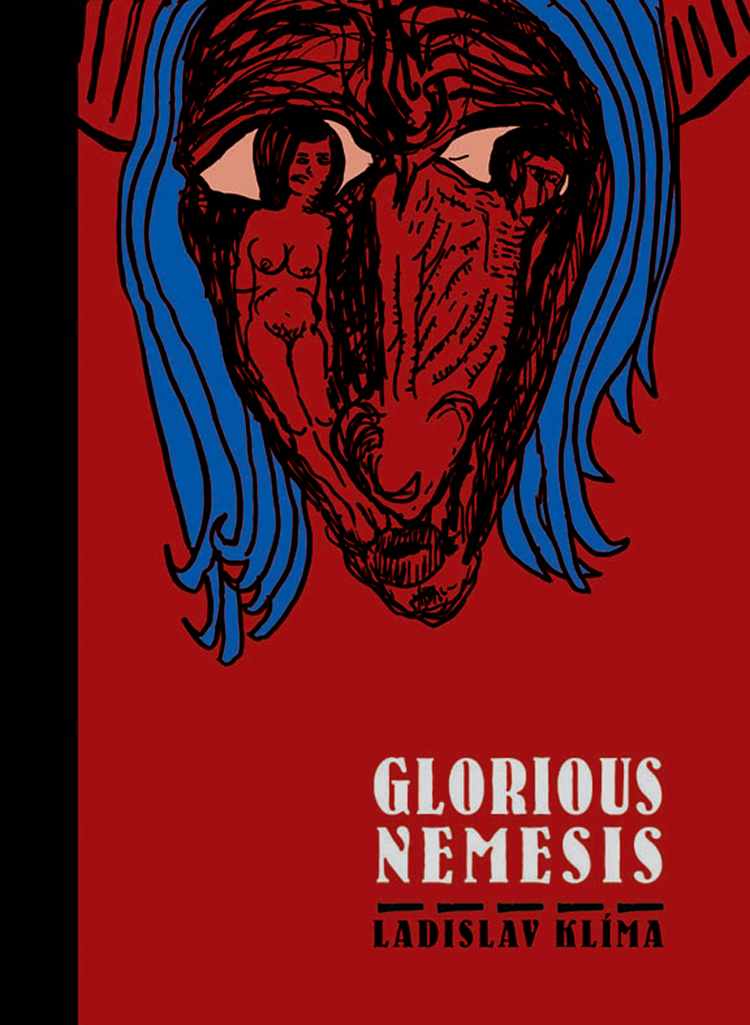 Klima’s intense inner life and complex mental state is reflected in his peculiar writings. His eccentricity of style and often volatile prose were intended to convey the deep conflicts attending his thought processes, and this is perhaps best exemplified in the novella Glorious Nemesis. Set in the Tyrol, it is a balladic ghost story that explores the metaphysics of love and death, crime and reincarnation. Sider, a man of twenty-eight, is confronted by a giant mountain named Stag’s Head and an ancient hovel standing under a high, black cliff. Out one day on a hike, he encounters two women who will mark his fate: the elder Errata, dressed in red, and the younger Orea, dressed in blue (the two colors of the Virgin Mary). From this point on Sider is on a quest for the All, the Absolute, and to achieve eternity by atoning for the misdeeds of a past life. Willing to risk his entire fortune and sanity, he succumbs to his dreams and hallucinations as Orea, or her doppelgänger, becomes for him a representation of the goddess Nemesis who initiates him into the mysteries of divine retribution. Last revised by Klima in 1926, Glorious Nemesis was published posthumously in 1932. This is the first English translation and includes illustrations from celebrated Czech book designer Pavel Rut, who produced a samizdat edition of the text (with an earlier set of illustrations) during the 1980s when the Communist regime prohibited publication of Klima’s work. In the 1970s, The Plastic People of the Universe set the novella to music.


The Sufferings of Prince Sternenhoch: A Grotesque Tale of Horror
A Labyrinth of Scions and Sorcery