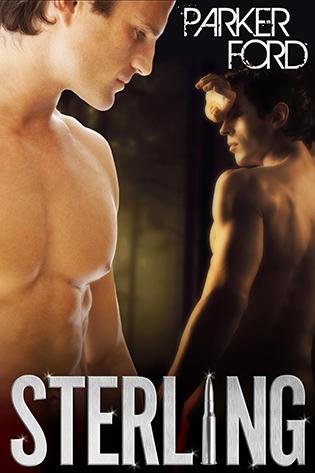 Parrish Armstrong is a man who’s lost everything only to carry on. His pack has watched him pull through a time of staggering grief and keep going. He’s the kind of wolf people talk about—gruff, rough, no bullshit. The love he had with his former partner is one that’s still talked about—the real deal. But now he’s ready to live again and he has his eye on a young wolf. If only his love interest wouldn’t freak out every time Parrish is around… Michael King has his own past. One full of being unwanted, not good enough and finding out he’s a half-breed. This circle of wolves took him in, made him one of their own. Despite a staggering attraction to Parrish—the bigger, older, much steelier wolf—the man scares the hell out of Michael. But what scares him more is the memory of the man’s dead lover that seems to linger around Parrish like a wraith. How can Michael ever hope to compare with a fairytale true love like Parrish once had? Now a string of murders has them patrolling the town border as a team. Fate has tossed them together. Just two men, a dangerous killer and a gun with sterling silver bullets. To Parrish, the gun is an afterthought. To Michael the gun and the silver bullets it contains just might be the impetus he needs, the desired coercion, to be with this man. The question is, is Parrish willing to use his weapon for something far beyond hunting a murderer? Is he willing to use it as a means to a sexual end?


Unconditional Surrender
I Want It Now