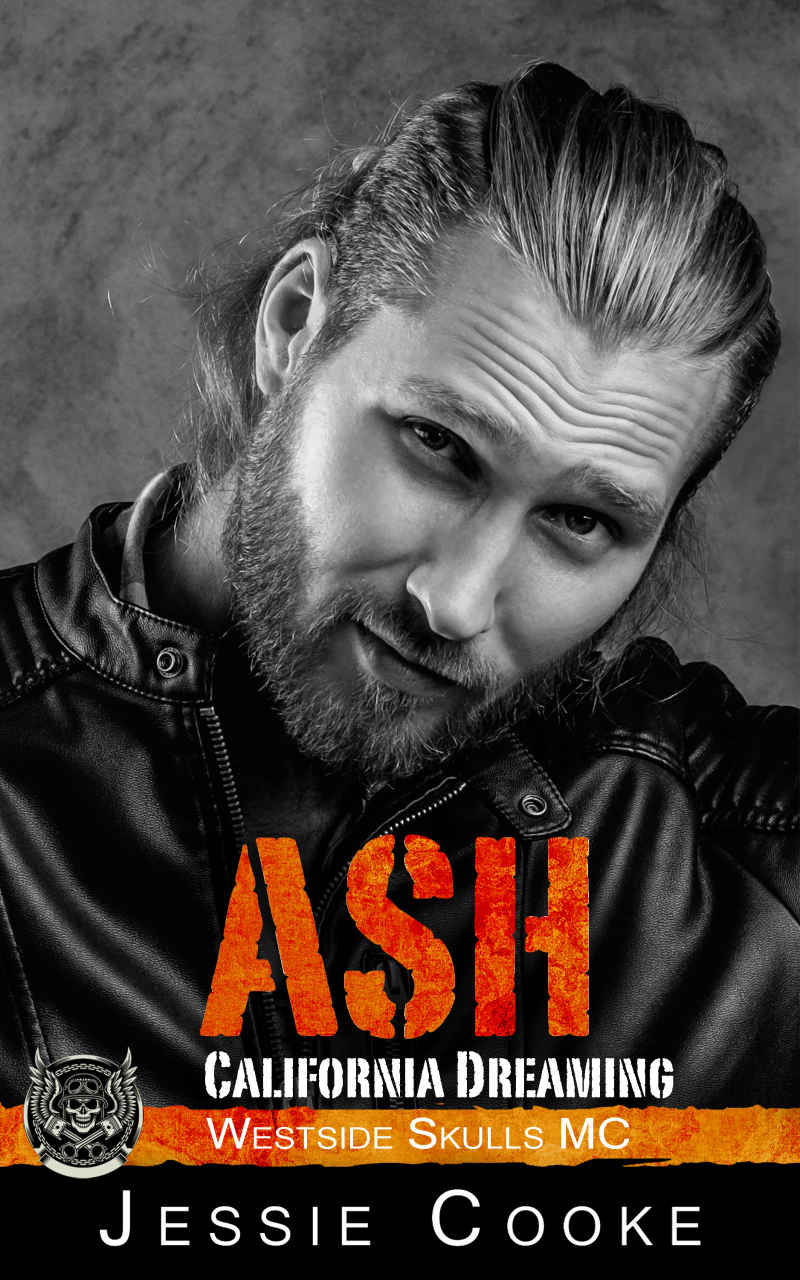 Ash, an enforcer for the Westside Skulls, returns home to New York for his father’s funeral. He hadn’t seen him in five years thanks to a combination of events that sent him out to California and a whole new life. Ash…or Asher Bennett IV, as he was known in New York, hailed from an uber-rich family and for a few years after graduating for college, worked on Wall Street…before ending up in California, in a leather kutte on the back of a Harley. Ash just wanted his father’s funeral to be over so he could escape his gold-digging stepmother, his snobby teenaged sister and the plastic, fake people of his childhood once more. The past hurts, and it only gets more painful at the graveside when he comes face to face with his past…Mackenzie, or Mack as he always called her. Mack was the girl he’d loved since he was thirteen years old, and the woman who had stood him up at the altar five years ago. Ash’s father’s death leaves him juggling his life as a Skull, his past with Mack, and the possibility of a future with his teenaged sister who wants nothing more than to escape…the same way he did, and a stepmother who will do anything she can to make his life hell. Of course, when it rains, it pours and in the course of dealing with club business…tragedy strikes, and Ash has to either learn to reign in his notorious temper…or risk losing everything. Climb on the Harley with Ash and Mack and take a wild ride that will leave you wondering what’s around the next bend in the road…and gasping for breath when you get there.