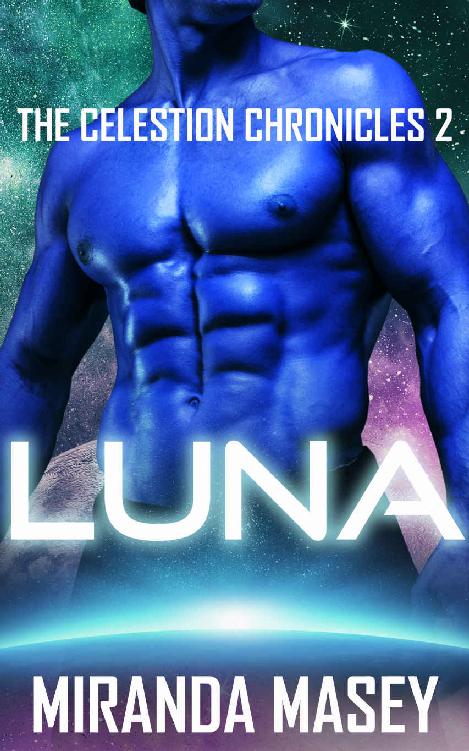 She’s been handed the discovery of a lifetime and no man will come between her and her research. In six days he’s leaving and taking her with him- whether she likes it or not. After an ancient pyramid is discovered on the distant planet Osara, Dr. Lux Tiefer joins her colleague and nemesis, Alon Takalis, on an expedition to catalogue the remains of an extinct alien race. When a powerful alien warrior demands that she leave the blacklisted planet immediately, Lux digs in her heels. She doesn’t know who this seven-foot-tall musclebound Celestion thinks he is, but there is one thing she knows for certain: she’s not going anywhere before she unravels the ancient mystery, even if the surly warrior does claim to be destined for her. It shouldn’t be that difficult to resist him… but Ven has a way of breaking down her resolve. Celestion Ven has intercepted a broadcast from Osara, and it falls on him to roust a team of Sovereign University scientists from the restricted quadrant. Unfortunately the stubborn lead archaeologist not only rejects the mate bond between them, but refuses to leave her discovery behind. He agrees to protect her for six days, determined to win Lux over, but she’s ready to resist the power of the bond with every fiber of her being. The secrets contained in the ancient pyramid only grow more sinister as the team digs into the past, and a deadly secret hidden for millennia threatens to come to light and devour them all