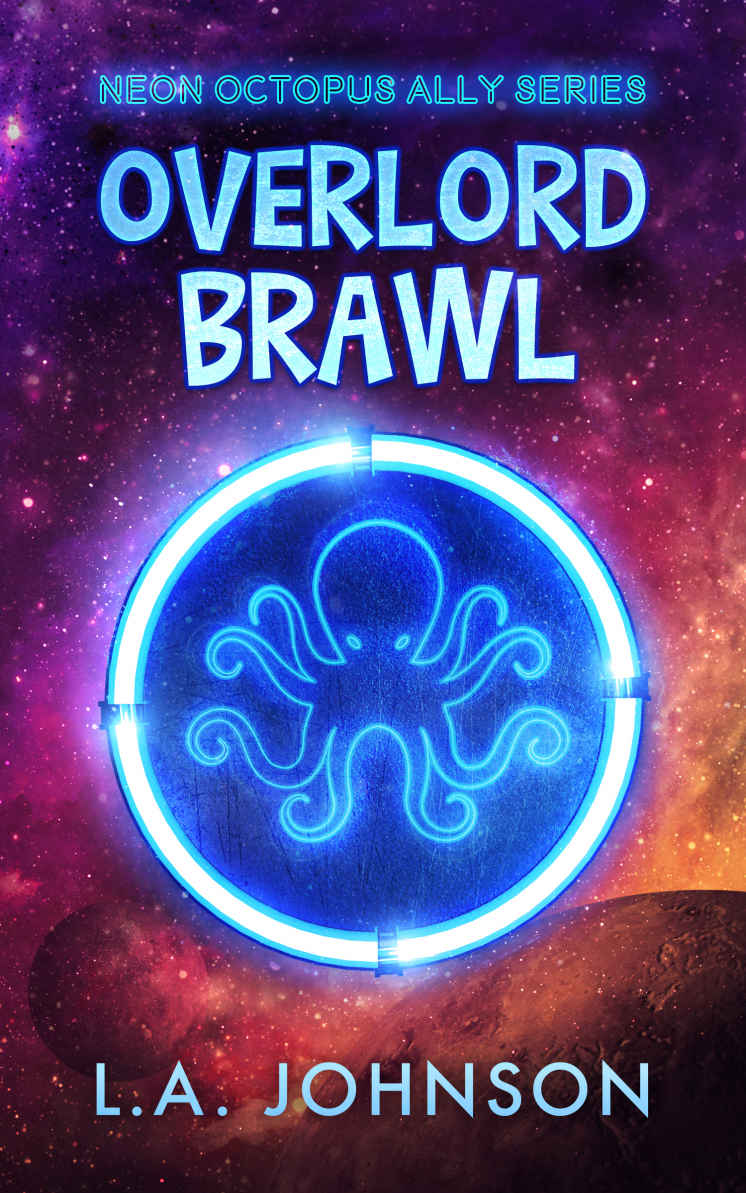 This galaxy needs a leader who’s not afraid to fight dirty. Sometimes, the only way to save a galaxy is to conquer it. The battle for power has begun, and the Neon Octopus has come to fight. Soda, The Neon Octopus ex-Overlord, wants her job back and she’ll stop at nothing to get it. But when the board of directors in charge of the process meet an untimely demise, all at the same time, the rules change. A change that allows every supervillain in the galaxy to join the fight for power in a winner-take-all brawl that will change everything. The only question is, will the galaxy survive the brawl? The candidates: Soda is an immortal space octopus with a temper. Her special skills include teleportation and inappropriate use of tentacles. She’s going to take back what was hers. Floyd is a brainwashing therapist by day and a terrifying, illegal Preying Mantis in his free time. Also, he’s an Executive Producer of the tv show All My Wormholes. He believes he should rule the galaxy. Froggy is a master of technology, which he harnesses for evil purposes. He’s also an interstellar traveler who has finally found his Zen. He wants to prove he has what it takes to be Overlord. Ray is an Intergalactically famous Oracle with millions of adoring fans and a flair for the dramatic. He has wanted to be Overlord ever since he arrived in this galaxy and he knows that it’s now or never. He and his pet troll Chipmunk are ready.