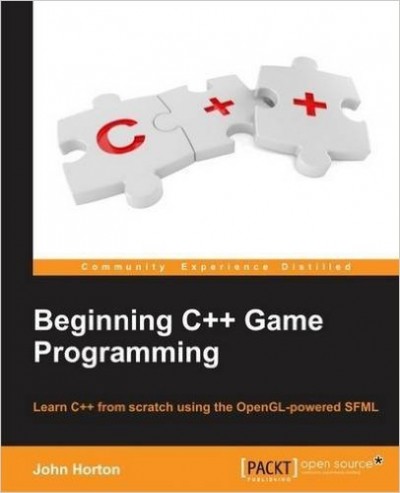 This book is all about offering you a fun introduction to the world of game programming and C++. It will begin by teaching you the programming basics such as variables, loops, and conditions using game-like mini apps.

We then move on to build actual working games. Throughout the course of the book, you will learn to build three different styles of games comprising a frantic two-button-tapper, a zombie survival/shooter, and a multiplayer platformer. While building these games, you will learn some more C++ programming concepts such as OOP and data storage/complexity. We’ll end by creating a multiplayer shooter game and will also introduce you to some of the advanced capabilities of C++ such as networking and advanced OOP.

As the games gradually increase in complexity, you will explore some of the advanced capabilities of C++ as well as some exciting new game programming techniques.