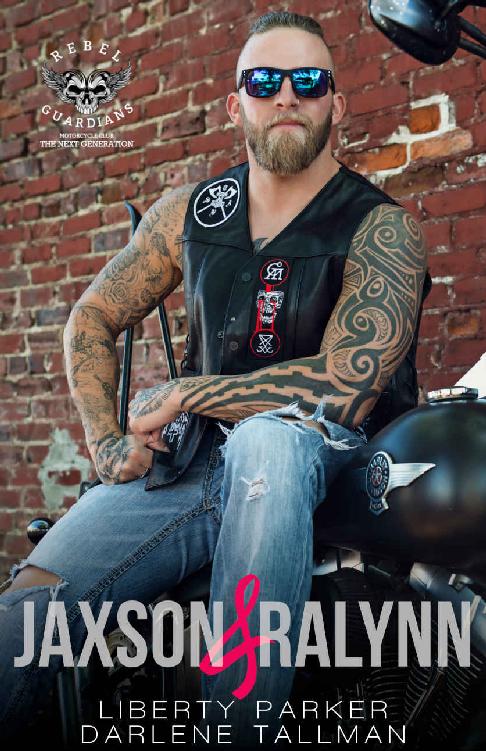 Ralynn Hatchet has known since she was six years old that she loved Jaxson Boone. Even though he was twelve years older than she was and happened to be a new prospect in the MC her father was an enforcer for, the Rebel Guardians. Despite her best efforts, he never noticed or paid any attention to her, not even as she got older. Now a young adult, she’s still in love with him, only she’s tired of his lame excuses. Determined to move on with her life, she begins dating Marcus Welch, but she soon realizes that what she thought about him is, in fact, untrue. Jaxson Boone hasn’t had an easy life, until he found the Rebel Guardians MC. While he’s always noticed Ralynn, it was as a child, since she was so much younger than him. As she grows into a beautiful, headstrong young woman, he does whatever he can to stop his attraction towards her, convinced that he’s no good. He will stay away from her, not only out of respect for his brother, but because he can bring her nothing but heartache. All of Jaxson’s self-made promises go out the window when he witnesses something that raises his blood pressure beyond the boiling point. Realizing that the one woman he has been pushing away is the one he needs to make his life whole, he now has to work to show Ralynn just what she means to him. **This book is for mature audiences ages 18+ due to language, violence and sexual content**