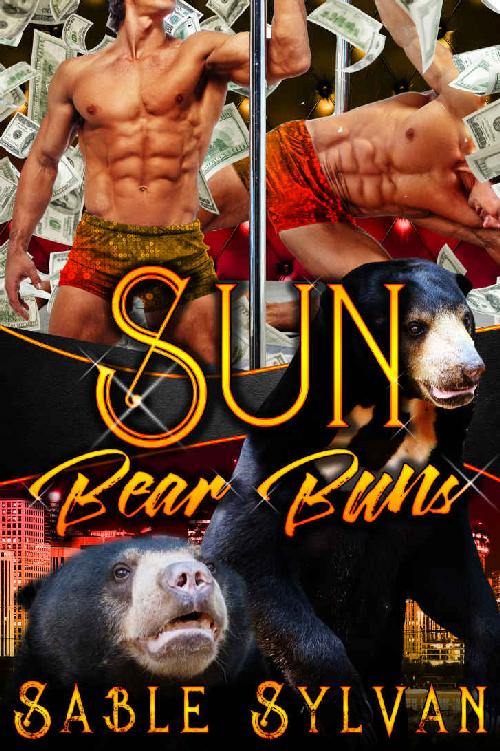 Does a bear strip in the woods? Head costumer Grace Martinez has had it with the antics of the werebear strippers, Apollo and Surya, who have managed to destroy nearly every costume her team has sewn them. Can a little forest magic bring these three close together? Or will a monster in need of hunting scare Grace out of her cashmere socks…and into the furry arms of the sun bears. The air conditioning at Bear Buns Denver breaks, but while it gets repaired, the Bear Buns club gets moved…to Cherry Creek State Park. With days spent in bungalows on the beach and nights spent in cabins in the forest, things are bound to get hot and heavy…or furry and curvy. Welcome to Camp Bear Buns… Grace didn’t expect her second week at Bear Buns to take her to the frikkin’ woods. She’s as prim and proper as she is curvy. Camping isn’t exactly ‘her thing.’ She’s an open minded woman who finds herself having more fun that she expected to have…at least, on her off time. On the job, she has two nightmare performers that are taking up 10% of her time but causing 90% of her troubles. Those performers? None other than the dashingly attractive sun bears Apollo and Surya, who for some reason, refuse to keep their clothes on…literally. Making elaborate costumes for strippers is hard enough, but when shifters who refuse to control their shifts are added to the mix, even cool-headed Grace might blow a fuse. Why are these sun bears so intent on antagonizing her…and why is she finding it kinda hot? She’s hunting for a monster. They’re hunting for a fated mate. Bad boy bears Apollo and Surya are supposed to have control over their shifts…but their sun bears just aren’t listen to them. It seems that every time they even think about the newest employee of Bear Buns, their shifts want to come out to play…leaving tattered scraps of fabric in their wake. The only question is, what will happen when a mysterious monster causes mischief around the Bear Buns campground? Will she take up the sun bears’ offer and stay in their cabin…and once she’s had a taste of menage, will she come back for s’more