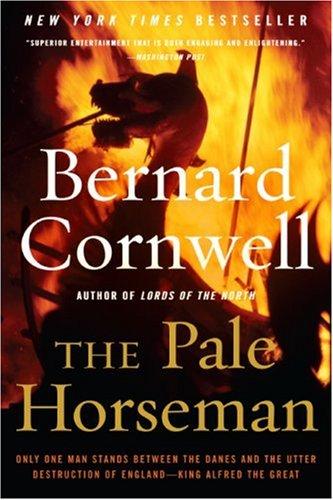 From Publishers Weekly Outnumbered Saxon forces continue battling Danish invaders in this rousing sequel to the bestselling The Last Kingdom. It’s A.D. 877, and the dispossessed Northumbrian noble Uhtred has just routed the Danes in a battle at Cynuit in southern England. Logically, Uhtred should now ally himself with Alfred, whose Wessex kingdom alone has successfully resisted Danish control. But Uhtred sees a better chance of recovering his lost estate if he finds a way to join the Danes, who raised him and whose simple life of "ale, women, sword, and reputation" he finds more congenial than Alfred’s Christian piety and military caution. But when the Danes invade Wessex, Uhtred’s loyalties are further divided. His Celtic mistress foretells victory for Alfred, but Uhtred can scarcely believe that the bedraggled king, camped in isolated marshes with a handful of supporters, can repel the invaders and unite England. Yet pride grows in Uhtred: "I understood that among the Danes I was as important as my friends, and without friends I was just another landless, masterless warrior. But among the Saxons I was another Saxon, and among the Saxons I did not need another man’s generosity." Uhtred demonstrates his newfound patriotism in the book’s climactic battle at Edington. Filled with bawdy humor, bloodlust, treachery and valor, this stirring tale will leave readers eager for the next volume in this Alfred the Great series. (Jan.) Copyright ? Reed Business Information, a division of Reed Elsevier Inc. All rights reserved. From At the conclusion of Cornwell’s best-selling The Last Kingdom (2005), Uhtred, the dispossessed son of a slain Saxon nobleman raised by Danish warriors, had reluctantly rejoined King Alfred’s beleaguered forces in the rapidly dwindling kingdom of Wessex. Although the Danes had already conquered the kingdoms of East Anglia, Northumbria, and Mercia, Alfred, with an able assist from Uhtred, had stalwartly fended off the Viking invasion. Uneasily allied to the cerebral Alfred, the more vigorous Uhtred is plagued by divided loyalties as the Saxons struggle to maintain a toehold against the mighty Viking war machine. Taking refuge in a boggy marshland, the ragtag remnants of the Saxon army desperately attempt to regroup. Two vastly different heroes--Alfred and Uhtred--stand between the Danes and total annihilation of the Saxon culture. Further complicating the matter is the fact that Uhtred faces a moral dilemma when he realizes he must choose between allegiance to the king he has grown to admire and loyalty to Ragnar, his much-loved foster brother. Cornwell, the author of the excellent Sharpe series, displays his usual flair for providing action-packed martial history populated by a diverse array of realistically drawn characters. A crackerjack adventure tale from a master of the craft. Margaret Flanagan Copyright ? American Library Association. All rights reserved