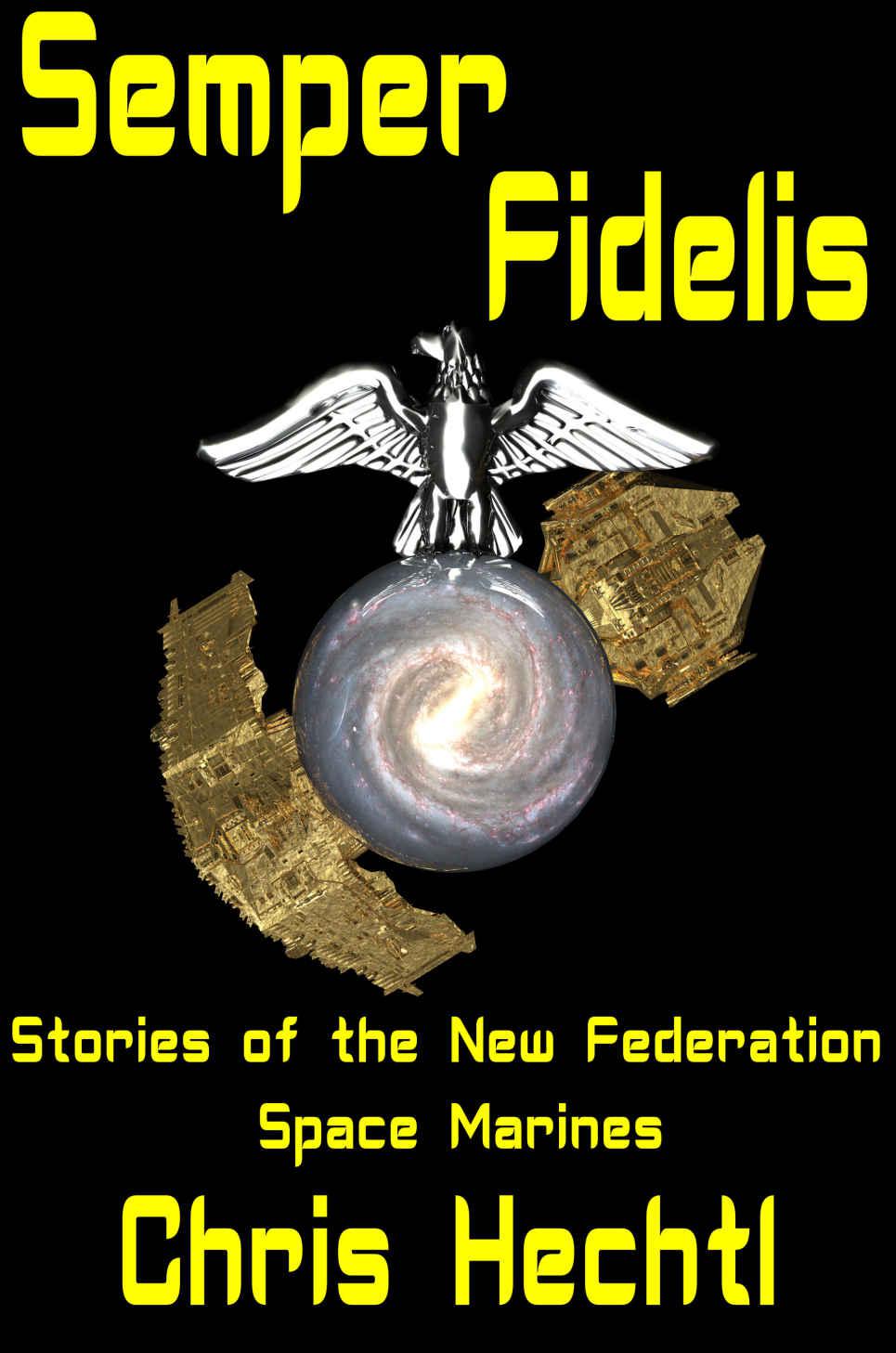 Semper Fidelis: Always faithful/loyal. For the Space Marines of the Federation, it wasn’t just a saying; it was a tradition of honor and courage going back centuries. For the Space Marines of the New Federation, it was something to live up to. Colonel Pendeckle has to deal with the frustrations of Shipping Out. Colonel Harley has similar issues, but she also has to deal with a Marine who has sullied his honor. Colonel Kodiak has to deal with his first planetary invasion against a tough opponent while also trying to win over the natives. Meanwhile on Agnosta, Captain Lewis and his wife Hanna Clarke learn that some battles do not end on the battlefield and that sometimes it seems easier to fight even when you are safe. The Marines and the crew of Ark Royal are going to get more than they bargained for when the planet they were sent to conquer sends of delegates to ’negotiate terms.’ Lieutenant Quinn is given an impossible task, one she has no intention of walking away from. The honor of the corps demands blood. It won’t be just from the Marines by the time she’s done though! These and other stories explore the worlds of the New Federation as the Space Marines try to relearn old traditions and create new ones....


The Romance of the Three Kingdoms
Broken Minds