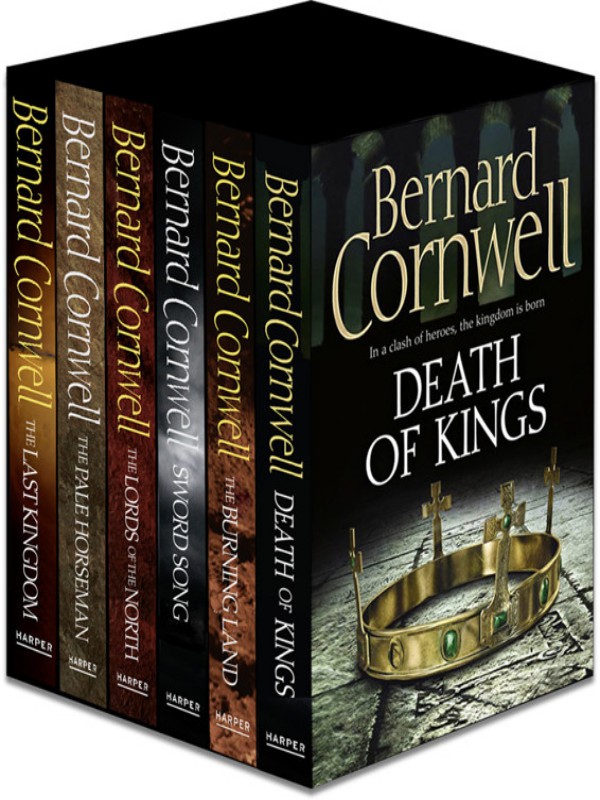 The first six books in Bernard Cornwell?s masterful series that tells the iconic story of King Alfred and the making of a nation, now in one complete eBook for the first time. THE LAST KINGDOM, THE PALE HORSEMAN, THE LORDS OF THE NORTH, SWORD SONG, THE BURNING LAND, DEATH OF KINGS. Uhtred, born into Saxon aristocracy in ninth-century Northumbria is orphaned at ten. He is captured and adopted by a Dane and taught the Viking ways. Yet Uhtred’s fate is indissolubly bound up with Alfred, King of Wessex, who rules over the only English kingdom to survive the Danish assault. The Warrior Chronicles is an epic series from the master of historical fiction, that tells the tale of Alfred the Great, his descendants, and the Viking enemies they face. The struggle between the English and the Danes and the strife between Christianity and paganism is the background to this outstanding series of how England was made ? and very nearly lost.