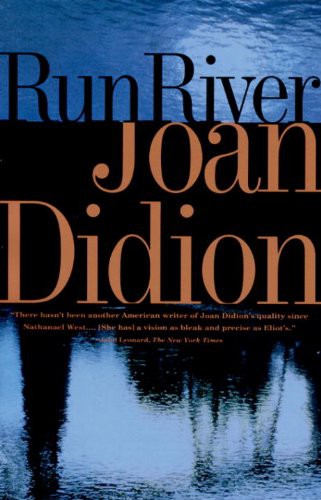 Joan Didion’s electrifying first novel is a haunting portrait of a marriage whose wrong turns and betrayals are at once absolutely idiosyncratic and a razor-sharp commentary on the history of California. Everett McClellan and his wife, Lily, are the great-grandchildren of pioneers, and what happens to them is a tragic epilogue to the pioneer experience, a story of murder and betrayal that only Didion could tell with such nuance, sympathy, and suspense. From the Trade Paperback edition. Review "There hasn’t been another American writer of Joan Didion’s quality since Nathanael West.... [She has] a vision as bleak and precise as Eliot’s." ?John Leonard, The New York Times"A slant of vision that is arresting and unique . . . Didion might be an observer from another planet?one so edgy and alert that she ends up knowing more about our own world than we know ourselves." ?Anne Tyler, New Republic"A beautifully told first novel . . . written in prose both witty and imaginative." ?The Times Literary Supplement (London) From the Trade Paperback edition. From the Inside Flap Joan Didion’s electrifying first novel begins with a murder on the bank of the Sacramento River--a murder that is at once an act of vengeance and a blind attempt to shore up a disintegrating marriage. Out of that act, Didion constructs a tragic and beautifully nuanced work of fiction.