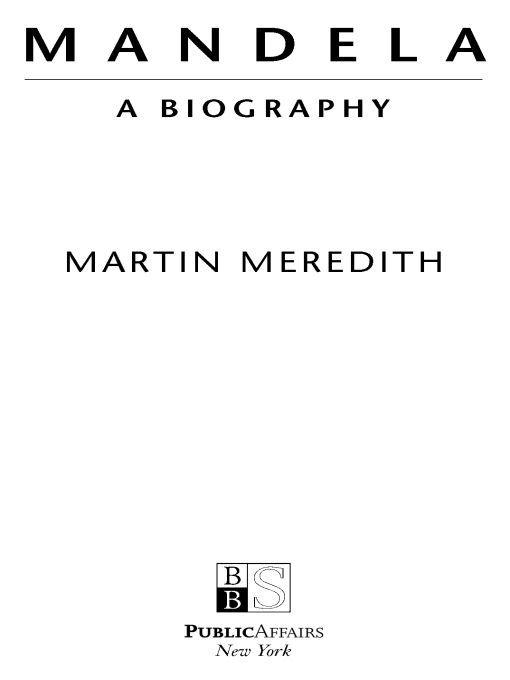 "It provides new perspective and insights into the man and his times. . . . [Meredith] is particularly good in recounting the parallel rise and inevitable clash of white Afrikaner and black African nationalism in this century . ..." --The Washington Post "Meredith paints an insider’s canvas of recent South African history as well as an epic tale of a freedom fighter." --San Francisco Chronicle "[R]evealing insights, particularly into the contrast between the disciplined Mandela who emerged from prison and the impetuous figure of the late 1940’s and early 1950’s." --The New York Times Book Review "Meredith carefully avoids adulation while tracing the course of Mandela’s remarkable career. . . . [He] skillfully depicts Mandela’s complex relationships with the close circle of white Communists who supported the African National Congress [and] writes vividly but unsentimentally about the tribulations and betrayals that racked Mandela’s family."--The Los Angeles Times Amazon.com Review Born in 1918, Nelson Mandela’s initial response to the institutionalized racism of South Africa was a militant belief in African control and distrust of collaboration with whites. This comprehensive biography by British journalist Martin Meredith draws on interviews with Mandela and colleagues to trace his evolution from political prisoner to leader of a multiracial democracy. Meredith also cogently depicts the complex personality of an autocratic, often remote man "more at ease with strangers than ... friends," who sacrificed much of his private life to the collective struggle. Nelson Mandela is essential reading for understanding modern South Africa. From Publishers Weekly Meredith (In the Name of Apartheid) can’t match the inimitable voice of Mandela’s 1994 autobiography, Long Walk to Freedom. But this book is a welcome complement to that work, as the author capably synthesizes a broad range of written sources and interviews, providing a more judicious?if less heartfelt?portrait of Mandela’s rich life. All the events?trials, protests, prison negotiations?are here. But Meredith’s broader mission allows him to provide more perspective and background on Mandela’s comrades in the African National Congress (ANC). He also gives a greater glimpse of the personal Mandela?a harsh disciplinarian toward his children who has nevertheless been indulgent toward his second wife, Winnie, whose imperiousness and suspected criminal behavior he refused to criticize after his release from prison in 1990. Moreover, on the weakest area in Mandela’s own book (the time since his release from prison), Meredith has the advantage. He can portray President Mandela’s mix of stately wisdom, indecisiveness, indulgence toward comrades and stirring symbolic leadership. This biography may prove to be less interpretive than future ones, but Meredith rightly praises Mandela for laying the foundations for a new society in a land riven by poverty. Photos. Copyright 1998 Reed Business Information, Inc.