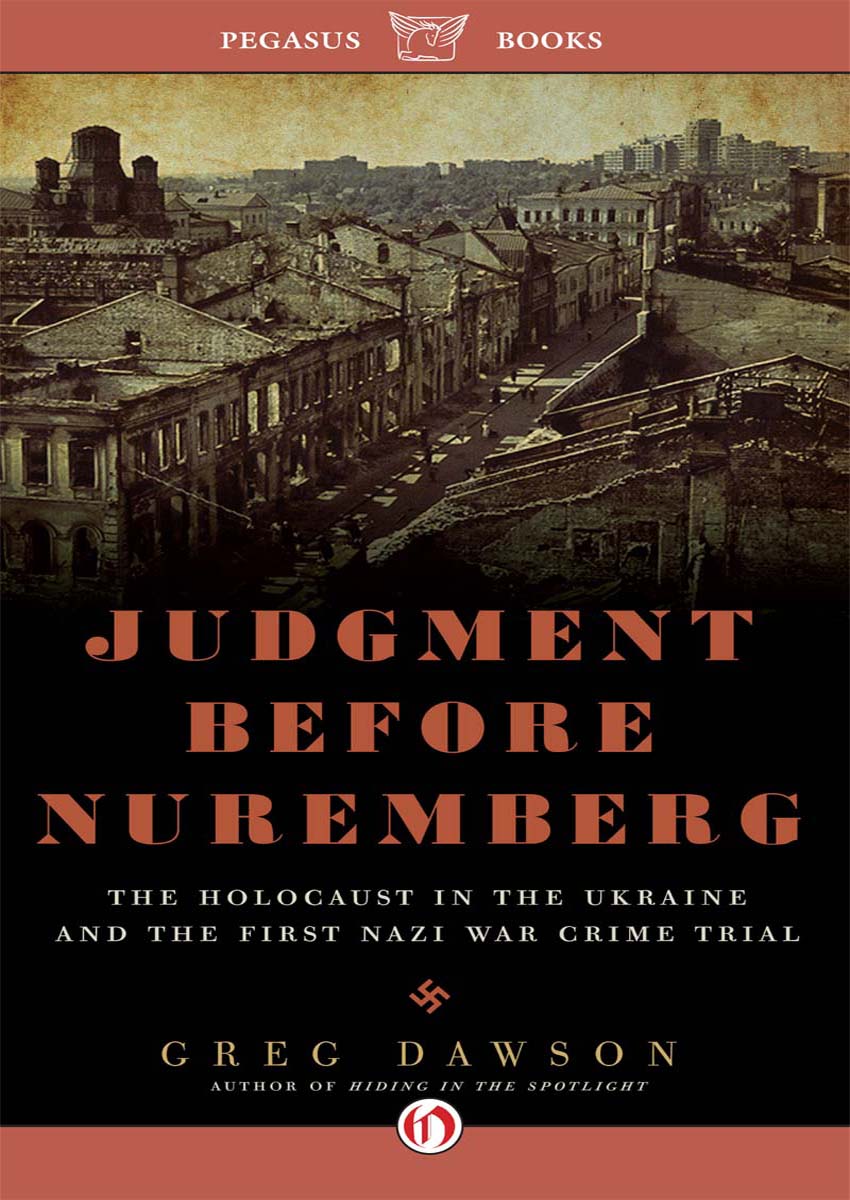 The story of the forgotten Kharkov trials, which sought justice for the thousands killed in the Ukraine two years prior to the infamous Nuremberg trial When people think of the Holocaust, they think of Auschwitz, Dachau; and when they think of justice for this terrible chapter in history, they think of Nuremberg. Not of Russia or the Ukraine, and certainly not a town called Kharkov. But in reality, the first war-crimes trial against the Nazis was in this idyllic, peaceful Ukrainian city, which is fitting, because it is also where the Holocaust actually began. Revealing a lost chapter in Holocaust historiography, Judgment Before Nuremberg tells the story of Dawson’sjourney to this place, to the scene of the crime, and the discovery of the trial which began the tortuous process of avenging the murder of his grandparents, great-grandparents, and tens of thousands of fellow Ukrainians consumed at the dawn of the Shoah, a...