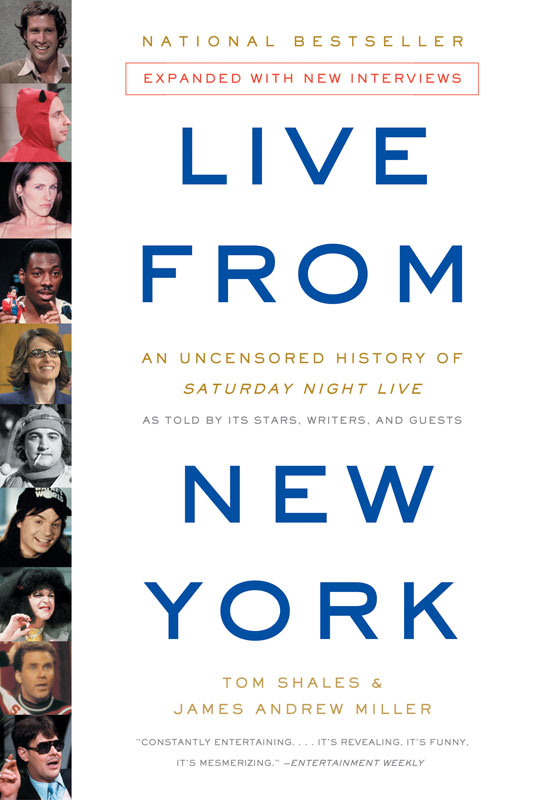 WHEN A YOUNG WRITER named Lorne Michaels talked NBC executives into taking a chance on a new weekend late-night comedy series, nobody really knew what to expect-not even Michaels. But Saturday Night Live, launched in 1975 and still thriving today, would change the face of television. It introduced brash new stars with names like Belushi, Radner, Chase, and Murray; trashed taboos that had inhibited TV for decades; and had such an impact on American life, laughter, and politics that even presidents of the United States had to take notice. Now, Pulitzer Prize-winner Tom Shales and bestselling author James Andrew Miller bring together stars, writers, guest hosts, contributors, and craftsmen for the first-ever oral history of Saturday Night Live, from 1974, when it was just an idea, through 2002, when it has long since become an institution. In their own words, dozens of personalities recall the backstage stories, behind-the-scenes gossip, feuds, foibles, drugs, sex, struggles, and calam...