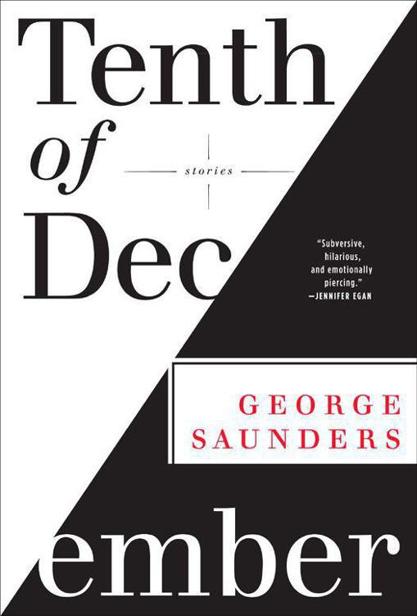 One of the most important and blazingly original writers of his generation, George Saunders is an undisputed master of the short story, and Tenth of December is his most honest, accessible, and moving collection yet.In the taut opener, ?Victory Lap,? a boy witnesses the attempted abduction of the girl next door and is faced with a harrowing choice: Does he ignore what he sees, or override years of smothering advice from his parents and act? In ?Home,? a combat-damaged soldier moves back in with his mother and struggles to reconcile the world he left with the one to which he has returned. And in the title story, a stunning meditation on imagination, memory, and loss, a middle-aged cancer patient walks into the woods to commit suicide, only to encounter a troubled young boy who, over the course of a fateful morning, gives the dying man a final chance to recall who he really is. A hapless, deluded owner of an antiques store; two mothers struggling to do the right thing; a teenage girl whose idealism is challenged by a brutal brush with reality; a man tormented by a series of pharmaceutical experiments that force him to lust, to love, to kill?the unforgettable characters that populate the pages of Tenth of December are vividly and lovingly infused with Saunders?s signature blend of exuberant prose, deep humanity, and stylistic innovation.Writing brilliantly and profoundly about class, sex, love, loss, work, despair, and war, Saunders cuts to the core of the contemporary experience. These stories take on the big questions and explore the fault lines of our own morality, delving into the questions of what makes us good and what makes us human.Unsettling, insightful, and hilarious, the stories in Tenth of December?through their manic energy, their focus on what is redeemable in human beings, and their generosity of spirit?not only entertain and delight; they fulfill Chekhov?s dictum that art should ?prepare us for tenderness.? Advance praise for *Tenth of December?Tenth of December shows George Saunders at his most subversive, hilarious, and emotionally piercing. Few writers can encompass that range of adjectives, but Saunders is a true original?restlessly inventive, yet deeply humane.??Jennifer Egan, Pulitzer Prize?winning author of A Visit from the Goon Squad?George Saunders is a complete original, unlike anyone else, thank god?and yet still he manages to be the rightful heir to three other complete American originals?Barthelme (the lyricism, the playfulness), Vonnegut (the outrage, the wit, the scope), and Twain (the common sense, the exasperation). There is no author I recommend to people more often?for ten years I?ve urged George Saunders onto everyone and everyone. You want funny? Saunders is your man. You want emotional heft? Saunders again. You want stories that are actually about something?stories that again and again get to the meat of matters of life and death and justice and country? Saunders. There is no one better, no one more essential to our national sense of self and sanity.??Dave Eggers, author of A Hologram for the King* Praise for George Saunders?Not since Twain has America produced a satirist this funny.??Zadie Smith?George Saunders makes the all-but-impossible look effortless. We?re lucky to have him.??Jonathan Franzen?An astoundingly tuned voice?graceful, dark, authentic, and funny?telling just the kinds of stories we need to get us through these times.??Thomas Pynchon Amazon.com Review Amazon Best Books of the Month, January 2013: George Saunders’ first short-story collection in six years, Tenth of December is as profound and moving as it is entertaining. Saunders’ wonderful ability to portray a character’s inner monologue--the secret voices, the little fantasies, the inside jokes, the spots of sadness--might be his greatest talent as a writer. But he is also expert at parceling out details to hook the reader and nudge the story in whatever direction he wants it to go. While these stories are generally more straightforward than we?re used to seeing from this author, the turns they take are constantly surprising. Saunders is an American original, a writer gifted at expressing the irony and absurdity all around us and inside us, but his ultimate goal is to show us something deeper: Our lives are composed of genuine experiences that deserve to be taken seriously. --Chris Schluep From Bookforum It’s almost hard to fathom how a writer this good could get better. But he has. A lot better, even. Saunders has always been a daring writer, but here he’s trying something very risky indeed: he’s going to tell you exactly what he’s thinking about. ?Zach Baron