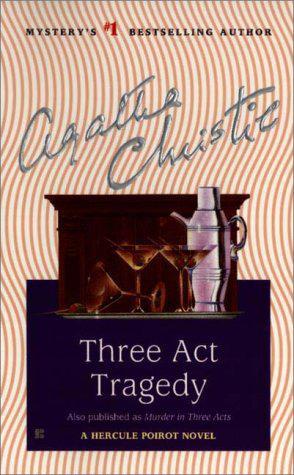 SUMMARY: A facsimile first edition hardback of one of the best 1930s Poirot books, published to mark the 80th anniversary of his first appearance.Thirteen guests arrived at dinner at the actor’s house. It was to be a particularly unlucky evening for the mild-mannered Reverend Stephen Babbington, who choked on his cocktail, went into convulsions and died.But when his martini glass was sent for chemical analysis, there was no trace of poison - just as Poirot had predicted. Even more troubling for the great detective, there was absolutely no motive...To mark the 80th anniversary of Hercule Poirot’s first appearance, and to celebrate his renewed fortunes as a primetime television star, this title in a collection of facsimile first editions is the perfect way to experience Agatha Christie. Reproducing the original typesetting and format of the first edition from the Christie family’s own archive, this book sports the original cover which has been painstakingly restored to its original glory.