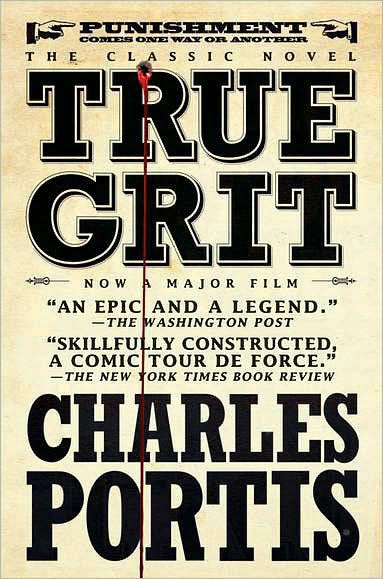 SUMMARY: True Grit, first published in 1968 and the basis for the movie by the same name starring John Wayne, tells the story of fourteen-year-old Mattie Ross. A coward going by the name of Tom Chaney shoots her father down in Fort Smith, Arkansas, and robs him of his life, his horse, and $150 in cash money. That’s when Mattie fearlessly heads out to avenge her father’s blood, convincing one-eyed Rooster Cogburn, the meanest U.S. Marshal there is, to accompany her. But their plans run into an obstacle -- namely, a Texas Ranger who is also investigating the murder, and whose idea of justice is vastly different from Mattie and Rooster’s.Like Mattie herself, True Grit is eccentric, cool, straight, and unflinching. This is an American classic through and through.