Why Are You Atheists So Angry? 99 Things That Piss Off the Godless

Why Are You Atheists So Angry? 99 Things That Piss Off the Godless 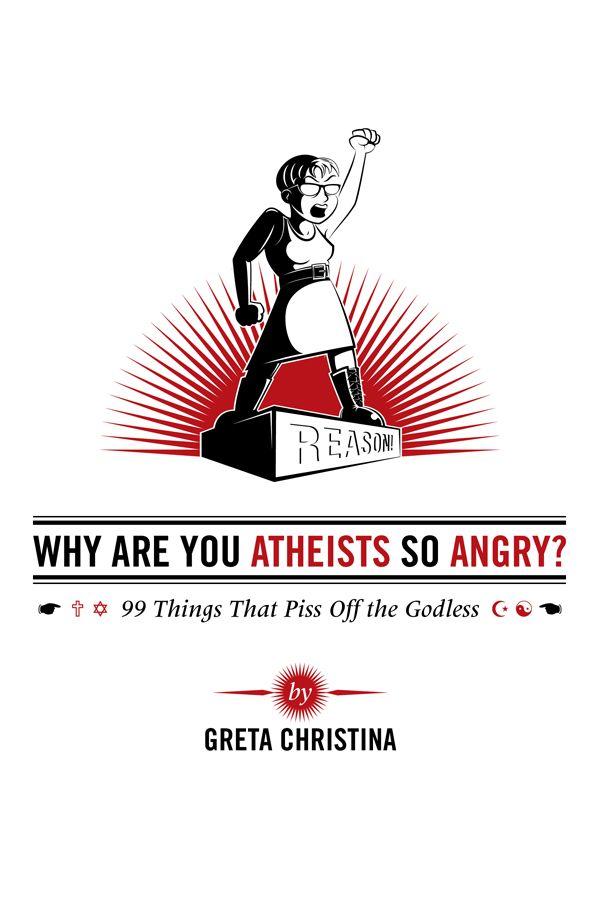 Why Are You Atheists So Angry? 99 Things That Piss Off the Godless Pdf

Why are atheists angry? Is it because they’re selfish, joyless, lacking in meaning, and alienated from God? Or is it because they have legitimate reasons to be angry -- and are ready to do something about it? Armed with passionate outrage, absurdist humor, and calm intelligence, popular blogger Greta Christina makes a powerful case for outspoken atheist activism, and explains the empathy and justice that drive it. This accessible, personal, down-to-earth book speaks not only to atheists, but to believers who want to understand the so-called "new atheism." "Why Are You Atheists So Angry?" drops a bombshell on the destructive force of religious faith -- and gives a voice to millions of angry atheists. "Greta Christina’s analysis of religion is acute and witty, and at the same time fair and compassionate. And I’m jealous: I sure wish I could write as well as she does."-Alan Sokal, Professor of Physics, New York University "Greta has done something truly impressive with this book: She explains in a calm, reasonable, and thoughtful way exactly why she’s a pissed-off, angry atheist. She’s not alone, though, and it’s not only other atheists who will agree with her. In fact, I dare religious people to read this book and not come away furious at the often awful impact faith has had on the world, even if they don’t believe they’re responsible for it. I may be a "friendly atheist" online, but Greta definitely speaks for me in this book."-Hemant Mehta, Friendly Atheist, author of I Sold My Soul on eBay "If only more people could channel their anger into something so inspiring! Greta Christina has written the perfect book for anyone who wonders about the true impact of religious dogma on women’s health, gay rights, science education, and the daily lives of those who have no faith. Her concluding chapter, which contains solid advice for how to make a positive change in the world, will ensure that you’ll have an outlet for all that rage you’ll build up by the end of the book. Trust me ? you’ll need it."-Rebecca Watson, Skepchick.org "I found this book informative and enraging! Leave it to Greta to inform and elucidate like no other. I highly recommend this book to everyone, everywhere. And I hope never to get Greta angry at me. :)"-David Silverman, President, American Atheists "Greta Christina’s book offers a passionately lucid explanation of the reasons for atheist anger and its connection to the energy behind all movements for social justice. It is both informative and inspiring."-Ophelia Benson, Butterflies and Wheels "They say if you’re not angry, you’re not paying attention. Well, Greta Christina is definitely paying attention -- and in this book, she delivers a clean, bracing blast of atheist anger, like a refreshing cool breeze in a stifling hothouse of faith, that offers compelling reasons why all rational people of conscience should oppose religion and the harm it does."-Adam Lee, Daylight Atheism "Greta Christina is one of the best writers on religion out there, period. I’ve been waiting for this book for a long time."-Chris Hallquist, The Uncredible Hallq "This just became my number-one book to recommend to all believers and new atheists alike. I thought the field of atheist literature was all just rehashing the same stuff by now. But this is an original, visceral, and ultimately complete defense of not just atheist outrage, but atheism itself. Greta sticks to the undeniable facts-on-the-ground and articulates it all correctly and well, heading off every possible rebuttal with brilliant economy. She never gets bogged down in abstract philosophy, yet still hits every key abstract point, leaving you by the end with no rational reason not to agree, and finally kick to the curb that useless old religion, or get off your bum and really do something for the cause."-Dr. Richard Carrier, author of Sense and Goodness without God


Why Didn’t They Ask Evans?
While the light lasts