The Bride of Lammermoor

The Bride of Lammermoor 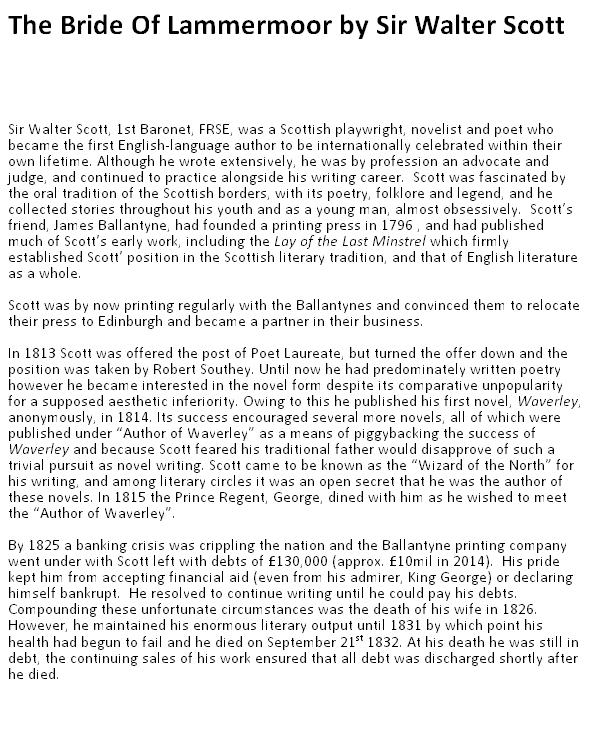 The Bride of Lammermoor Pdf

Sir Walter Scott, 1st Baronet, FRSE, was a Scottish playwright, novelist and poet who became the first English-language author to be internationally celebrated within their own lifetime. Although he wrote extensively, he was by profession an advocate and judge, and continued to practice alongside his writing career. Scott was fascinated by the oral tradition of the Scottish borders, with its poetry, folklore and legend, and he collected stories throughout his youth and as a young man, almost obsessively. Scott’s friend, James Ballantyne, had founded a printing press in 1796 , and had published much of Scott’s early work, including the Lay of the Last Minstrel which firmly established Scott’ position in the Scottish literary tradition, and that of English literature as a whole. Scott was by now printing regularly with the Ballantynes and convinced them to relocate their press to Edinburgh and became a partner in their business. In 1813 Scott was offered the post of Poet...


The Bridge
Bride of Ice