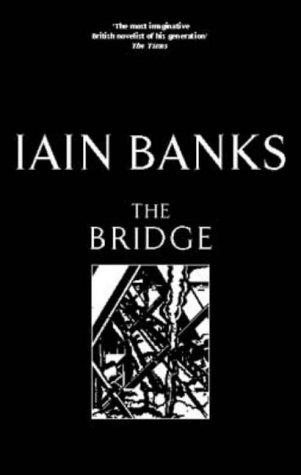 From Publishers Weekly Orr, the otherwise unnamed protagonist of this Pynchonesque novel, is a successful Scottish engineer who’s a bit fed up with life: his work doesn’t really interest him anymore; years of doping and boozing have dulled him; his girlfriend has other lovers (he does too, but he would rather she was monogamous). Then one evening he crashes his classic Jaguar into a parked MG. The aftermath is coma and months of amnesiac trance, a condition that Orr apparently comes to prefer. The reader, however, only understands all this towards the end of the novel. Virtually the whole of the narrative consists of Orr’s trauma-induced hallucinations. The bridge of the title is a fantastically ramifying construct in Orr’s brain resembling an outer-space city in a science fiction movie. Banks’s ( The Player of Games ) novel is satire, and its target turns out to be the British Isles’ equivalent of American "yuppies." Deploying a wide range of stylistic devices, the narrative condemns fiercely an overly mechanistic society and its self-referential ethos. Copyright 1989 Reed Business Information, Inc. From Library Journal An amnesiac searching for his past finds his life dominated by the world of "the bridge," a gigantic structure whose ends have never been seen but which contains a lost library, a host of dreams and nightmares, and the key to another reality. From the expansive, macrocosmic scale of Consider Phlebas and The Player of Games , Banks turns inward to explore the complex, surreal microcosm of the human mind in a kaleidoscopic novel for sophisticated, literary readers of speculative fiction. Recommended.-- JCCopyright 1989 Reed Business Information, Inc.


The Brooklyn Follies
The Bride of Lammermoor