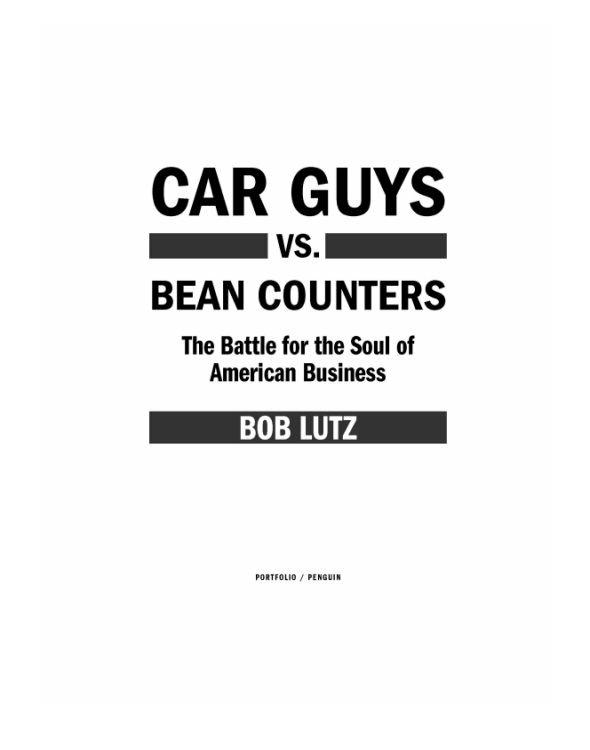 A legend in the car industry reveals the philosophy that’s starting to turn General Motors around. In 2001, General Motors hired Bob Lutz out of retirement with a mandate to save the company by making great cars again. He launched a war against penny pinching, office politics, turf wars, and risk avoidance. After declaring bankruptcy during the recession of 2008, GM is back on track thanks to its embrace of Lutz’s philosophy. When Lutz got into the auto business in the early sixties, CEOs knew that if you captured the public’s imagination with great cars, the money would follow. The car guys held sway, and GM dominated with bold, creative leadership and iconic brands like Cadillac, Buick, Pontiac, Oldsmobile, GMC, and Chevrolet. But then GM’s leadership began to put their faith in analysis, determined to eliminate the waste" and "personality worship" of the bygone creative leaders. Management got too smart for its own good. With the bean counters firmly in charge,...