Comedy in a Minor Key

Comedy in a Minor Key 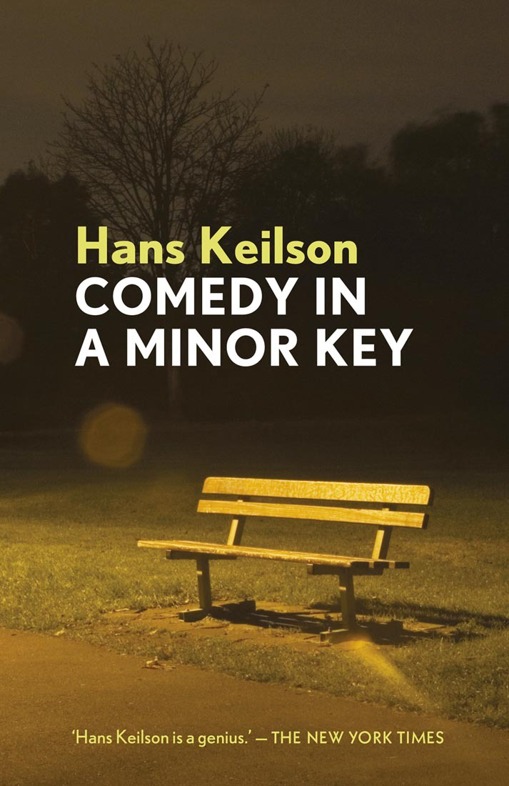 Comedy in a Minor Key Pdf

A penetrating study of ordinary people resisting the Nazi occupation?and, true to its title, a dark comedy of wartime manners? Comedy in a Minor Key tells the story of Wim and Marie, a Dutch couple who first hide a Jew they know as Nico, then must dispose of his body when he dies of pneumonia. This novella, first published in 1947 and now translated into English for the first time, shows Hans Keilson at his best: deeply ironic, penetrating, sympathetic, and brilliantly modern, an heir to Joseph Roth and Franz Kafka. In 2008, when Keilson received Germany?s prestigious Welt Literature Prize, the citation praised his work for exploring ?the destructive impulse at work in the twentieth century, down to its deepest psychological and spiritual ramifications.? Published to celebrate Keilson?s hundredth birthday, Comedy in a Minor Key?and The Death of the Adversary, reissued in paperback?will introduce American readers to a forgotten classic author, a witness to World War II and a sophisticated storyteller whose books remain as fresh as when they first came to light. From Booklist A German Jew who survived the war by hiding in Holland, Keilson later became a psychiatrist and published the first systemic study of children who had suffered from Nazi persecution. This selection is one of two novels Keilson began writing during the war. Its better-known sibling, Death of the Adversary (Eng. trans 1962), explored the thoughts of an oppressed man; plotless and psychological, it was something of an aesthetic experiment. Not previously translated, Comedy in a Minor Key takes a different approach: it tells the story of a Jewish man who dies in hiding from the perspective of the Dutch couple who shelter him and dispose of his body, and offers only slight clues as to the thoughts of the man in hiding. The story is simple and lean, but irony is plentiful, particularly when the couple must themselves go into hiding after realizing that tags bearing their name were left on the deceased?s clothing when his body was discovered. In spite of potentially comedic elements (and its title), most readers will not find this to be an essentially humorous book. They will find, however, a brisk, engaging work of Holocaust literature that deserves to be better known. --Brendan Driscoll Review Praise for *Comedy in a Minor Key * ?For busy, harried or distractible readers who have the time and energy only to skim the opening paragraph of a review, I?ll say this as quickly and clearly as possible: The Death of the Adversary and Comedy in a Minor Key are masterpieces, and Hans Keilson is a genius . . . Although the novels are quite different, both are set in Nazi-occupied Europe and display their author?s eye for perfectly illustrative yet wholly unexpected incident and detail, as well as his talent for storytelling and his extraordinarily subtle and penetrating understanding of human nature. But perhaps the most distinctive aspect they share is the formal daring of the relationship between subject matter and tone. Rarely has a finer, more closely focused lens been used to study such a broad and brutal panorama, mimetically conveying a failure to come to grips with reality by refusing to call that reality by its proper name . . . Rarely have such harrowing narratives been related with such wry, off-kilter humor, and in so quiet a whisper. Read these books and join me in adding him to the list, which each of us must compose on our own, of the world?s very greatest writers.? ?Francine Prose, The New York Times Book *Review ?This first-ever English translation of Keilson?s gripping 1947 novel about a Dutch couple hiding a Jewish perfume merchant in their home during WWII marks a welcome reintroduction to the author?s unfortunately obscure oeuvre . . . Beautifully nuanced and moving, Keilson?s tale probes the more concealed, subtle forces that annihilate the human spirit.? ?Publishers Weekly ?[Comedy in a Minor Key?s] design is so neat, spare, and geometric that to think of it is like tapping a spoon to a crystal glass.? ?Yelena Akhtiorskaya, The Forward ?A brisk, engaging work of Holocaust literature that deserves to be better known.???Brendan Driscoll, Booklist* ?What Keilson had experienced, body and soul, went into this precisely composed book, which succeeds in capturing the tragedy of countless anonymous victims alongside the grotesquerie of the individual tragic case.? ?Ulrich Weinzierl, Frankfurter Allgemeine Zeitung


Coming Apart: Why Relationships End and How to Live Through the Ending of Yours (new ed)
Clube da Luta