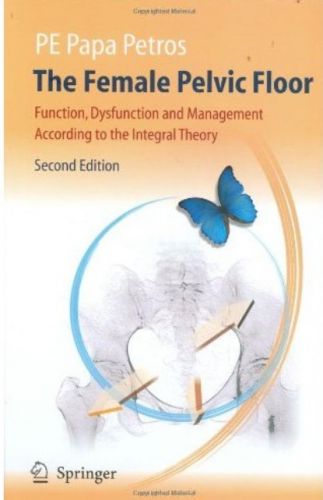 The initial objective of this work was to reduce stress incontinence surgery from a major surgical procedure (requiring up to ten days in hospital) to a minor day-care operation. From the beginning it was clear that the two major impediments to achieving this goal were post operative pain and urinary retention. Addressing these problems became a long and winding road and culminated in the Integral Theory. The IVS 'tension-free' tape operation was inspired by Dr Robert Zacharin's anatomical studies. Though Zacharin suggested that the ligaments and muscles around the urethra were important for urinary continence control, he did not say how. The observation that implanted foreign materials created scar tissue led to the hypothesis that a plastic tape inserted in the position of the pubourethrallig­ ament, would leave behind sufficient scar tissue to reinforce that ligament, which would then anchor the muscles for urethral closure. In September 1986, two prototype Intravaginal Sling operations were per­ formed. A Mersilene tape was inserted with neither tension nor elevation, in the position of the pubourethral ligament. Restoration of continence was immediate and both patients were discharged on the day following surgery without require­ ment for catheterization. There was minimal pain, and immediate restoration of continence. After six weeks the tapes were removed. Both patients were still conti­ nent at last review 10 years later. The results appeared to confirm the importance of a midurethral anchoring point.