Hepatocellular Carcinoma in the 3rd Millennium

Hepatocellular Carcinoma in the 3rd Millennium 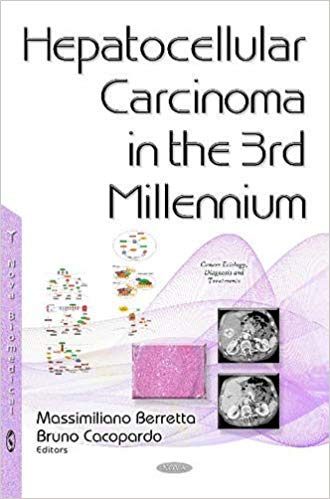 In addition, even though the incidence of HCC reaches its highest peak among persons over 65 years, an increased incidence among younger individuals has been noted in the last two decades both in USA and Europe. A multidisciplinary approach should be taken when assessing patients with HCC; stage of HCC and liver disease should always be taken into account and the best treatment should be offered. Liver resection and ablative treatments should never be denied to patients, and curative procedures should be performed in hepato-biliary-pancreatic centers. Each HCC patient has to be evaluated singularly, stratifying each time the risk for the procedure so as to determine which treatment is the best treatment. It is also important to analyze all the possibilities that can be offered. This similar approach showed a good efficacy and safety in all “frail” patient categories, such as elderly patients or patients with HCC and HIV infection. Early diagnosis of HCC and retreatment for HCC recurrence have a key role in the survival of patients. Therefore, regular screening programs for HCC should be extended to all patients according to proposed guidelines, together with a greater proclivity for treatment and retreatment options in cases of an HCC diagnosis or recurrence. This may be an important and needed breakthrough for this rising problem.