A Clash of Kings (Annotated)

A Clash of Kings (Annotated) 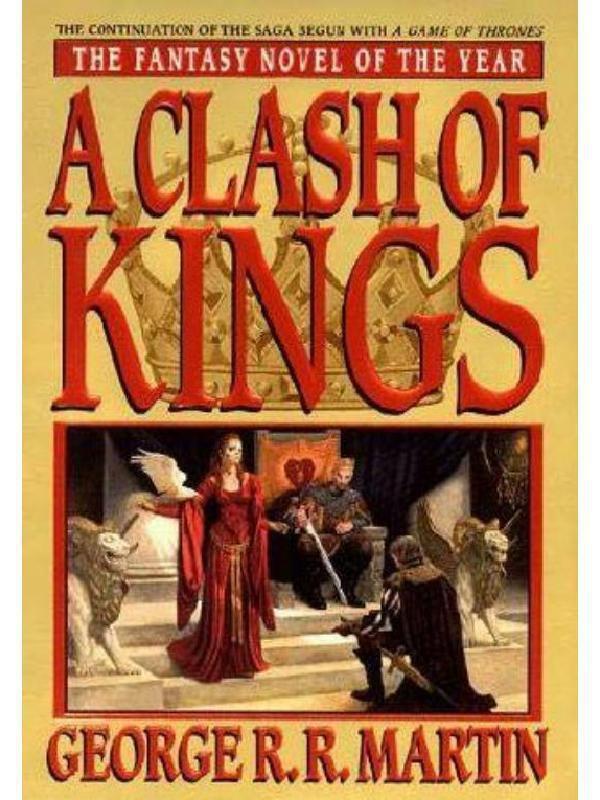 A Clash of Kings (Annotated) Pdf

Amazon.com Review How does he do it? George R.R. Martin’s high fantasy weaves a spell sufficient to seduce even those who vowed never to start a doorstopper fantasy series again (the first book--__--runs over 700 pages). A Clash of Kings is longer and even more grim, but Martin continues to provide compelling characters in a vividly real world. The Seven Kingdoms have come apart. Joffrey, Queen Cersei’s sadistic son, ascends the Iron Throne following the death of Robert Baratheon, the Usurper, who won it in battle. Queen Cersei’s family, the Lannisters, fight to hold it for him. Both the dour Stannis and the charismatic Renly Baratheon, Robert’s brothers, also seek the throne. Robb Stark, declared King in the North, battles to avenge his father’s execution and retrieve his sister from Joffrey’s court. Daenerys, the exiled last heir of the former ruling family, nurtures three dragons and seeks a way home. Meanwhile the Night’s Watch, sworn to protect the realm from dangers north of the Wall, dwindle in numbers, even as barbarian forces gather and beings out of legend stalk the Haunted Forest. Sound complicated? It is, but fine writing makes this a thoroughly satisfying stew of dark magic, complex political intrigue, and horrific bloodshed. --Nona Vero From Publishers Weekly The second novel of Martin’s titanic Song of Ice and Fire saga (A Game of Thrones, 1996) begins with Princess Arya Stark fleeing her dead father’s capital of King’s Landing, disguised as a boy. It ends with the princess, now known as Weasel, having led the liberation of the accursed castle of Harrenhal. In between, her actions map the further course of a truly epic fantasy set in a world bedecked with 8000 years of history, beset by an imminent winter that will last 10 years and bedazzled by swords and spells wielded to devastating effect by the scrupulous and unscrupulous alike. Standout characters besides Arya include Queen Cersei, so lacking in morals that she becomes almost pitiable; the queen’s brother, the relentlessly ingenious dwarf Tyrion Lannister; and Arya’s brother, Prince Brandon, crippled except when he runs with the wolves in his dreams. The novel is notable particularly for the lived-in quality of its world, created through abundant detail that dramatically increases narrative length even as it aids suspension of disbelief; for the comparatively modest role of magic (although with one ambitious young woman raising a trio of dragons, that may change in future volumes); and for its magnificent action-filled climax, an amphibious assault on King’s Landing, now ruled by the evil Queen Cersei. Martin may not rival Tolkien or Robert Jordan, but he ranks with such accomplished medievalists of fantasy as Poul Anderson and Gordon Dickson. Here, he provides a banquet for fantasy lovers with large appetites?and this is only the second course of a repast with no end in sight. Author tour. Copyright 1998 Reed Business Information, Inc.


The Match
A Game Of Thrones (Annotated)