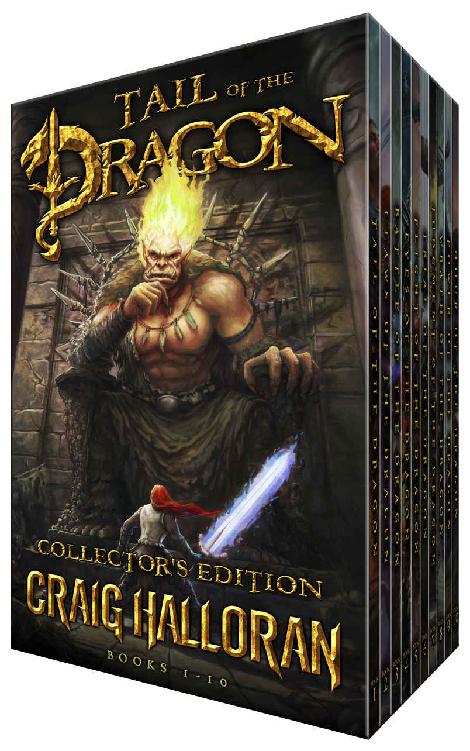 A restless liege, Nath Dragon is bored with his reign and hungry for adventure. So when the fairy empress, Lotuus, entices him to undertake a great mission, a quest to uncover the secrets of his birth by locating the mother he’s never known, Nath leaps at the opportunity. But the evil sprite’s motives are far from noble. And while the Dragon King’s attention is elsewhere, a new threat is rising that could tear the world of Nalzambor to pieces. Darkness Rises A monstrous new breed of dragon has emerged from the darkness, their numbers growing so rapidly they will soon be unstoppable. More insect than dragon, these “wurmers” have no love for their winged cousins. And in concert with the gargantuan Titans, dragonkind’s ancient enemy, they could violently transform the world forever. One Last Hope Suddenly Nath, his magic sword Fang, his lifelong friend Brenwar, and a small band of allies are the last hope for preventing the catastrophe that could annihilate entire races and leave Nalzambor in ruins. But first, the Dragon King will have to make the ultimate sacrifice and shed his scales to do battle in human form. More Dragons reign supreme in the world of Nalzambor, a breathtaking fantasy realm of giants, dwarves, elves, ogres, orcs, monsters and men. Bestselling author Craig Halloran brings this magnificent world vividly alive once more in his latest sword-and-sorcery adventure, proving himself again to be one of fantasy fiction’s current masters. His hero, Nath Dragon, is now king, seeking the answers to his mysterious heritage as a horrifying new threat looms on the horizon. The rise of the wurmers--powerful insect-like dragons--have inflamed old hatreds among the many races. And now all dragonkind faces total annihilation, unless the Dragon King and his small band of followers can prevail. But to do so, Nath must fight not as a mighty magical beast, but as a man.