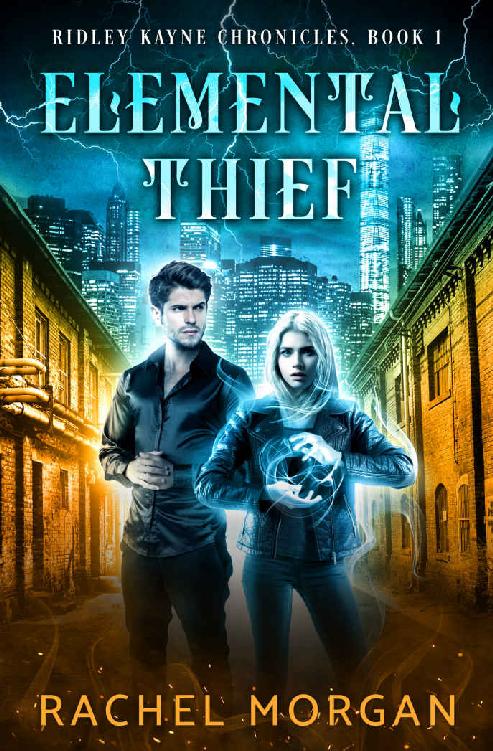 A young thief. Outlawed magic. A heist that’s about to change everything. In a near-future city shielded from the elemental magic raging through the wastelands, seventeen-year-old Ridley steals from the wealthy and secretly gives to those in need—which is far less of a crime than the other thing she spends her free time doing: using magic. Ridley’s managed to stay under the radar for years, but the night she steals a gold figurine from the richest family in the city, everything starts to unravel. A stranger follows her home and ends up murdered outside the antique store she lives above. Her best friend—who definitely wasn’t there—is accused of the crime. And that family Ridley stole from? Their son just walked into her store. As heir to the city’s largest fortune, Archer Davenport represents everything Ridley hates. She’d prefer to stay well away from him, but he has a problem only Ridley can solve: Turns out that ancient figurine she stole could unlock secrets that will endanger many lives. Which means Ridley has to get it back. Without revealing her own biggest secret. As she and Archer journey into the hidden parts of the city, they’ll have to put their differences aside and figure out how to trust each other. Because their true enemy is lurking in the shadows, moving ever closer, and if they don’t get that stolen artifact back, it’ll be their own lives that are at stake. Urban fantasy series with a dystopian flavor!