Sins of Her Father

Sins of Her Father 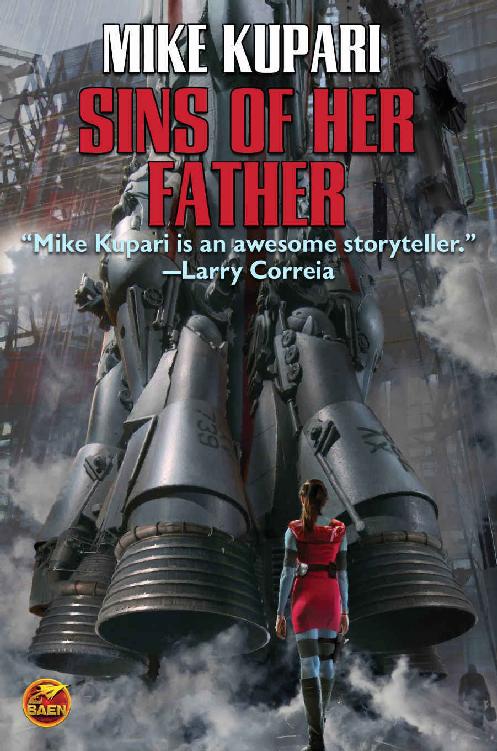 Sins of Her Father Pdf

DRAGON AWARD NOMINEE. Privateer Captain Blackwood and the crew of the Andromeda are back in this swashbuckling sequel to Her Brother’s Keeper. THE RAZOR’S EDGE OF TYRANNY AND FREEDOM THE EXILED LEADER: He was known as the Butcher of Sargusport. Zander Krycek made a choice that saved his world of Ithaca, but doomed his reputation and banished him to a planet far, far away. THE EVIL EMPIRE: The Orlov Combine intends to swallow Ithaca in the same way they have devoured so many worlds, creating a “company planet” where the residents are little better than slaves. THE DAUGHTER: Adisa Masozi never knew her father, but was taught he was a monster. Now she must reclaim her father’s legacy of leadership. And the place to start is with the mysterious aliens who also inhabit Ithaca. THE NATIVES: The saurians have held themselves aloof from galactic politics for eons in order to regain the strength to exact their revenge on an ancient foe. They have the means to resist the Combine. If they can be convinced to help. THE PRIVATEER: Enter privateer Captain Catherine Blackwood and her ship, the Andromeda. Blackwood and her crew have handled dangerous cargo and dicey situations before. Now, they’ll have to navigate assassination attempts, warring factions, and civil unrest. But Catherine has made a promise, and the freedom of a world hangs in the balance. The Privateer Andromeda series continues!