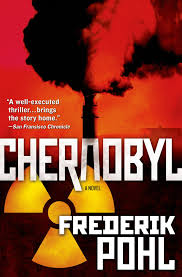 This novel adds a human dimension to the familiar story of Chernobyl, site of the world’s worst nuclear accident that sent a wave of fear through Europe, forced the evacuation of 135,000 Soviet citizens and left an undetermined number with potentially life-shortening doses of radiation. The story is told through fictitious characters--primarily officials and workers at the ill-fated plant--but closely traces events as documented in the Soviet press and Moscow’s unusually candid report to the International Atomic Energy Agency in September, 1986.