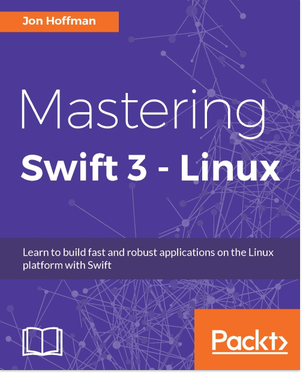 Swift is a modern, fast, and safe programming language created by Apple. Writing Swift is interactive and fun, the syntax is concise yet expressive, and the code runs lightning-fast. Swift’s move to open source has been embraced with open arms and has seen increased adoption in the Linux platform.

Our book will introduce you to the Swift language, further delving into all the key concepts you need to create applications for desktop, server, and embedded Linux platforms. We will teach you the best practices to design an application with Swift 3 via design patterns and Protocol-Oriented Programming.

Further on, you will learn how to catch and respond to errors within your application. When you have gained a strong knowledge of using Swift in Linux, we’ll show you how to build IoT and robotic projects using Swift on single board computers. By the end of the book, you will have a solid understanding of the Swift Language with Linux and will be able to create your own applications with ease.