Brain Vs Computer: The Challenge Of The Century

Brain Vs Computer: The Challenge Of The Century 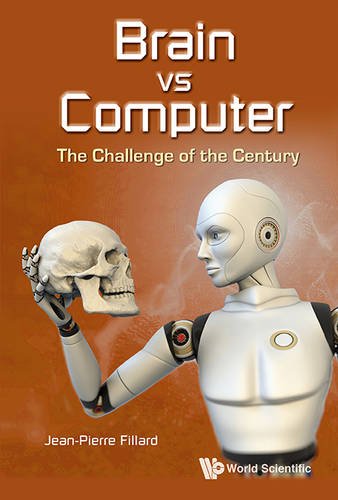 Brain Vs Computer: The Challenge Of The Century Pdf

It is well known that every animal species obeys Darwin's law of evolution, which requires permanent adaptation of animals to their environment. To be precise, every species except man, who behaves exactly contrariwise, adapting the workplace to himself in order to survive. For that he generally enjoys a particular gift of nature: intelligence.

Some famous people in the world of science and technology recently sounded the alarm about the threats which these improvements are posing. They invoked a possible domination by the machines due to their uncontrolled superior intelligence, potentially leading us into a certain kind of slavery.

In this book we take a look at this new challenge of the human brain versus the computer. The brain is a very complex organ and we are just beginning to understand how it works; many things remain mysterious and can lead to surprises. We will see how current investigations bring new information about this strange organ.

We will also see how the "artificial challenger" plans to win the battle, how computers are getting more and more powerful and subtle as the AI advances. Would a transfer of minds in a machine be possible? Would the computer be capable of a self, nonneuromorphic intelligence? These questions are now open.

Who will win? We do not know yet. But it is certain that many things are going to change in our lives in the very near future.

Readership: General public who are interested in the competition between brain and computer, and artificial intelligence.