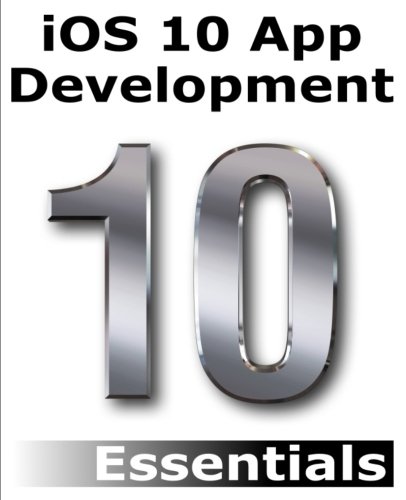 iOS 10 App Development Essentials is latest edition of this popular book series and has now been fully updated for the iOS 10 SDK, Xcode 8 and the Swift 3 programming language.

Beginning with the basics, this book provides an outline of the steps necessary to set up an iOS development environment. An introduction to the architecture of iOS 10 and programming in Swift 3 is provided, followed by an in-depth look at the design of iOS applications and user interfaces. More advanced topics such as file handling, database management, in-app purchases, graphics drawing and animation are also covered, as are touch screen handling, gesture recognition, multitasking, location management, local notifications, camera access and video and audio playback support. Other features are also covered including Auto Layout, App Store hosted in-app purchase content, Sprite Kit-based game development, local map search and user interface animation using UIKit dynamics.

The aim of this book, therefore, is to teach you the skills necessary to build your own apps for iOS 10. Assuming you are ready to download the iOS 10 SDK and Xcode 8, have an Intel-based Mac and ideas for some apps to develop, you are ready to get started.