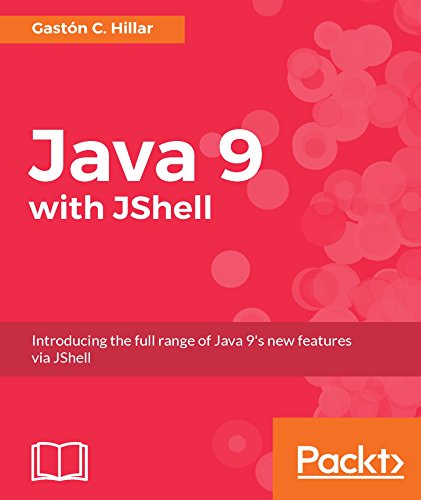 The release of Java 9 has brought many subtle and not-so-subtle changes to the way in which Java programmers approach their code. The most important ones are definitely the availability of a REPL, known as JShell, which will make experiments and prototyping much more straightforward than the old IDE-based project-led approach. Another, more subtle change can be seen in the module system, which will lead to more modularized, maintainable code. The techniques to take full advantage of object-oriented code, functional programming and the new modularity features in Java 9 form the main subjects of this book.

Each chapter will add to the full picture of Java 9 programming starting out with classes and instances and ending with generics and modularity in Java.

Gaston C. Hillar is Italian and has been working with computers since he was 8 years old. In the early 80s, he began programming with the legendary Texas TI-99/4A and Commodore 64 home computers. Gaston has a bachelor's degree in computer science (he graduated with honors). He also holds an MBA (he graduated with an outstanding thesis). At present, Gaston is an independent IT consultant and a freelance author who is always looking for new adventures around the world.

He was a senior contributing editor at Dr. Dobb's and has written more than a hundred articles on software development topics. He has received the prestigious Intel® Black Belt Software Developer award eight times. He has written many articles about Java for Oracle Java Magazine. Gaston was also a former Microsoft MVP in technical computing.

He is a guest blogger at Intel® Software Network (http://software.intel.com). You can reach him at [email protected] and follow him on Twitter at http://twitter.com/gastonhillar. Gaston's blog is http://csharpmulticore.blogspot.com.

He lives with his wife, Vanesa, and his two sons, Kevin and Brandon.