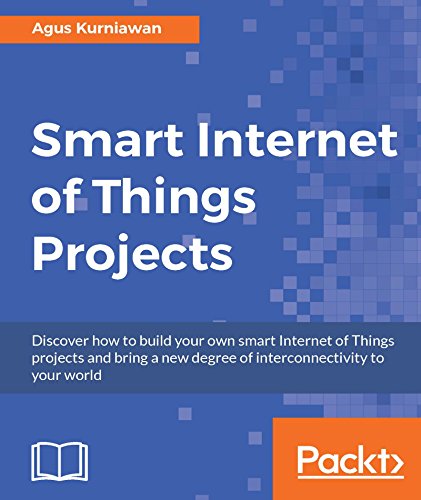 Internet of Things (IoT) is a groundbreaking technology that involves connecting numerous physical devices to the Internet and controlling them. Creating basic IoT projects is common, but imagine building smart IoT projects that can extract data from physical devices, thereby making decisions by themselves.

Our book overcomes the challenge of analyzing data from physical devices and accomplishes all that your imagination can dream up by teaching you how to build smart IoT projects. Basic statistics and various applied algorithms in data science and machine learning are introduced to accelerate your knowledge of how to integrate a decision system into a physical device.

This book contains IoT projects such as building a smart temperature controller, creating your own vision machine project, building an autonomous mobile robot car, controlling IoT projects through voice commands, building IoT applications utilizing cloud technology and data science, and many more. We will also leverage a small yet powerful IoT chip, Raspberry Pi with Arduino, in order to integrate a smart decision-making system in the IoT projects.

Agus Kurniawan is a lecturer, IT consultant, and an author. He has 14 years ofexperience in various software and hardware development projects, delivering materials in training and workshops, and technical writing. He has been awarded the Microsoft Most Valuable Professional (MVP) award 12 years in a row..

He is currently doing some research and also getting involved in teaching activities related to networking and security systems at the Faculty of Computer Science, Universitas Indonesia and Samsung R&D Institute, Indonesia. Currently, he is pursuing a PhD in computer science at the Freie Universität Berlin, Germany. He can be reached on his blog at http://blog.aguskurniawan.net and Twitter at @agusk2010.