The Internet of Risky Things: Trusting the Devices That Surround Us

The Internet of Risky Things: Trusting the Devices That Surround Us 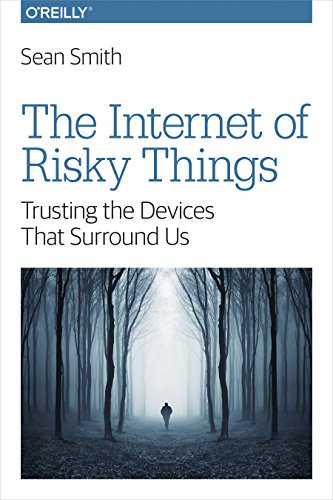 The Internet of Risky Things: Trusting the Devices That Surround Us Pdf

By 2020, the Internet of Things (IoT) will consist of millions of computational devices intimately connected to real-world aspects of human life. In this insightful book, Professor Sean Smith, who worked in information security long before the web appeared, explains that if we build the IoT the way we built the current internet and other information technology initiatives, we’re headed for trouble.

With a focus on concrete solutions, The Internet of Risky Things explains how we can avoid simple flaws that have plagued several dramatic IT advances in recent decades. Developers, engineers, industrial designers, makers, and researchers will explore "design patterns of insecurities" and learn what’s required to route around or fix them in the nascent IoT.