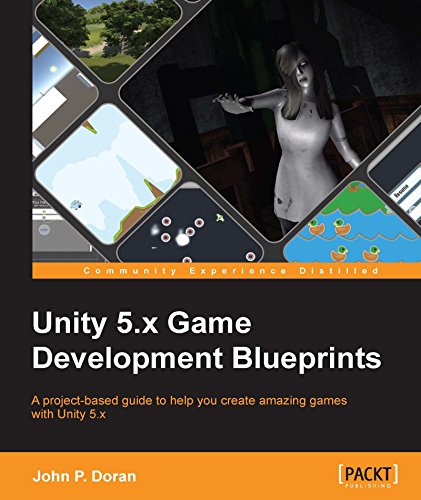 This book will help you to create exciting and interactive games from scratch with the Unity game development platform. We will build 7-8 action-packed games of different difficulty levels, and we'll show you how to leverage the intuitive workflow tools and state of the art Unity rendering engine to build and deploy mobile desktop as well as console games.

Through this book, you'll develop a complete skillset with the Unity toolset. Using the powerful C# language, we'll create game-specific characters and game environments. Each project will focus on key Unity features as well as game strategy development. This book is the ideal guide to help your transition from an application developer to a full-fledged Unity game developer

John P. Doran is a technical game designer who has been creating games for over 10 years. He has worked on an assortment of games in teams consisting of just himself to over 70 people in student, mod, and professional projects in different roles, from game designer to lead UI programmer. He previously worked at LucasArts on Star Wars: 1313 as a game designer. He later graduated from DigiPen Institute of Technology in Redmond, WA, with a Bachelor of Science in game design.

John is currently a part of DigiPen's Research and Development branch in Singapore in addition to DigiPen Game Studios. He is also the lead instructor of the DigiPen-Ubisoft Campus Game Programming Program, instructing graduate-level students in an intensive, advanced-level game programming curriculum. In addition to that, he also tutors and assists students in various subjects and gives lectures on C#, C++, Unreal, Unity, game design, and more.