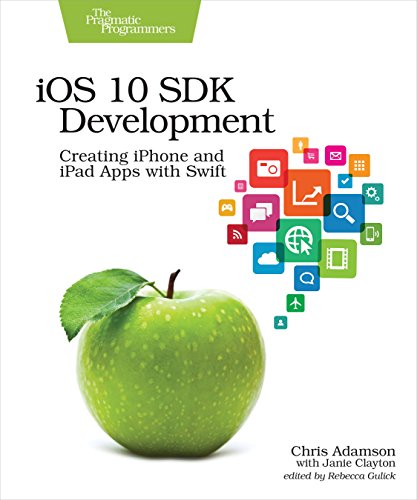 All in on Swift! iOS 10 and Xcode 8 make it clearer than ever that Swift is Apple's language of the future. Core frameworks have been redesigned to work better with Swift, and the language itself continues to evolve quickly. iOS 10 SDK Development is the pure-Swift approach to developing for the iOS platform. This completely revised and updated edition of the bestselling iOS guide shows you how to pull in the SDK's enormous feature set and deliver powerful, real-world apps for iPhone and iPad using modern Swift programming techniques.

Swift is the language of the future for iOS development, and this completely revised and updated book is your guide. From the community-driven changes in Swift 3 to the overhaul of iOS' Foundation framework to make it more "Swifty," iOS 10 and Xcode 8 mark an "all in" commitment to Swift, and this new edition matches that commitment.

Learn not just the syntax of the Swift language but also stylish Swift, the idiomatic uses of the language, and best practices you'll find in the wild. From there, move into developing a complete, real-world podcast client sample application-completely new for this edition-featuring Internet access, tables, navigation, and media playback, all with the most modern approaches provided by Apple's iOS 10 frameworks and tools. Go beyond code to master the practices that professional developers rely on: testing, debugging, publishing on the App Store, and managing your app over the long haul. As a bonus, you'll get a taste of cutting-edge iOS 10 features, such as the new Siri voice-command API.

Swift's time is here. Whether you're new to Swift or just catching up on iOS' latest features, iOS 10 SDK Development will help you master the language and the platform.

Scala for the Impatient